Disclose the secret of the success of the Creator of Harry Potter. 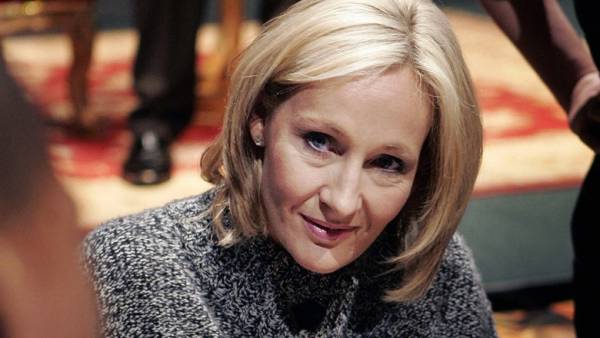 Her life has been studied thoroughly by fans and biographers, and someday it will be studied in the faculties of Philology, as now the life of our Pushkin, and “theirs” Byron, and protect her coursework and dissertation. Readers love fairy tales about Cinderella — it turns out, loves them and the history of world literature.

Life most famous writer of the XXI century is just perfect for the autobiographical drama, as if written by its laws, where a fantastic takeoff is impossible without a catastrophic fall.

This, of course, about J. K. Rowling, July 31, which marks 53, and literary critic Konstantin Milchin specifically for the portal iz.ru explained why the Creator of Harry Potter means to world culture much more than many people think.

There is time, but no money

There was a light at the girl that stars in the sky are not enough, has got philological education, decided to write a story, I moved to Portugal, got married and had a baby. As long as everything goes smoothly, but see the cliff.

Then life starts to go downhill: the marriage was a failure, and here her mother died, and here’s our girl at the bottom of despair and depression —no work, no money, no prospects, the tale is poorly written. And no light at the end of the tunnel.

Then it turns out that all was not in vain, and the darkest moments of life came in handy when the girl they will be inspired to come up with all sorts of horrors like Dementors. But it is revealed later, but for now our heroine considers himself the biggest loser in the world.

Life will slowly begin to improve, the tale is written, but it is not so simple. According to the laws of literary dram publishers put long and hard to reject manuscripts of the unrecognized genius of the writers. What they will do. Biographers have praised the dustbin, where because of the rigidity of the editors went the manuscript of what would become the novel “Harry Potter and the philosopher’s stone”. But we know what happened: the manuscript was retrieved, dusted off, from a distance, the book became a bestseller and blockbuster, the first volume was followed by continue that are also regularly become bestsellers and blockbusters, and Philology girl from the world’s biggest loser will be one of the richest and most powerful women on earth, which even the skeptics and haters of Harry Potter respect for the fact that it gave people a desire to read.

The secret of its success

In trying to answer the question, what is the secret to the fabulous success of the Saga has already been written hundreds of scientific papers and countless credible posts, and there will be more. Pasterovskaya universe on the Internet consists of countless amounts of fanfiction, quasientropy and theoretical opus. The degree of madness to which “Star wars” was several generations and where they pushed the army of marketers to Harry Potter came immediately, within five years.

Got and we with my assumption: a secret in the fact that our heroine was, and remains, philological girl who is very well read in English literature, in particular its child component. The fact that in England there is a separate children’s literature, which for many years, which has its roots pronzaet century, which grew millions of children in England and abroad, and that is certainly an international brand. “Harry Potter” in this sense is almost an anthology, patchwork quilt, where you can find stories, references, characters, and even direct quotes from different classic books.

Here is Dickens, but Tolkien here Beatrix Potter, but Thomas the tank engine, that “wind in the willows”, but Narnia.

But to find all this, only seriously taking up the search and reading as much as Rowling herself. Most of the readers of these mentions and quotes only cause effect of vague recognition, which is fascinating, addictive, intriguing.

But success would not be possible without the amazing gift to come up with characters, not just main, but very, very minor, which nevertheless remembered for the new adventures that you expect and you grieve when they die. And Yes, in this sense, all the fairy-tale laws, chief among them “thou shalt Not kill important character,” Rowling violated. Good Tolkien three volume Lord of the rings, not counting the countless mostly unnamed orcs could kill a few just doomed. Another thing — Rowling, which since the mid Saga started its bloody harvest and increasing from book to book, the flywheel of repression, in the last volume destroyed almost two-thirds of the full list of heroes.

But Rowling is not only a “Potter”, its continuation and ancillary texts like the rules of Quidditch. By the way, an indicator of coolness of the author is when they invented the game finds its fans in the real world. So, malovskogo of Quidditch, which in reality is a mixture of basketball, handball, Championships of the world. But we do not know. The fact that Rowling started to do after the end of the Saga, cause almost more interest. First was the “Casual vacancy”, a popular British detective without actually crimes. And then came the series of books about Kormoran Strike, grim one-legged private detective in modern London and his pretty assistant Robin. Yes, the original book, published under the pseudonym Robert Galbraith, went a miserable run, and once it became known exactly who wrote it, the sales jumped a thousand times. Well, Yes, she write only this detective series, it would hardly have entered the history of world literature. But the cycle of Strike is perfectly highlighted by the method Rowling: read the main books in the genre, to learn its rules and laws, learn to play by his rules and continue to write best of all.