The Moscow regional court found five members of the so-called “gang GTA” guilty of robbery and murder. On 1 August, it was reported TASS with reference to the correspondent in court. 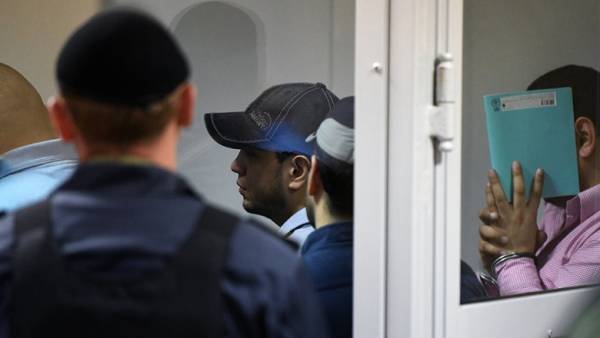 It is expected that the full sentencing will take about a week. In the end the court will announce what punishment awaits the perpetrators.

The judge said that the defendants were aware that was in a gang. According to her, they also “received special training for cynical and assaults on citizens.”

Gang members found guilty in the killings of 17 drivers on the roads of Moscow, Moscow region and Kaluga region in 2012-2014. The defendants in the case are also accused in two attempts, robbery, illegal manufacturing of weapons and theft of documents.

In may the Prosecutor’s office requested members of the gang Hasraton Dodojonov, Sarjana Kodirova, Anwar Ougarov and Umar Khasanov life sentences in a colony of special regime, as well as 900 thousand rubles fine. For Zafarjon Gulyamov, the prosecution asked for 25 years in a strict regime colony and 700 thousand rubles fine.

Members of the “Gang GTA” scattered on the road spikes to puncture tires. When the drivers left, the criminals attacked them and killed. They also took away valuables of the dead. They operated only at night. .