In the capital of Zimbabwe comes to military equipment 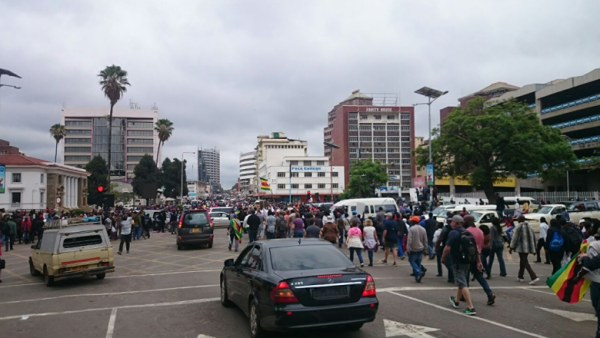 Earlier it was reported that Zimbabwean police broke up in the capital Harare, a group of opposition supporters protesting against electoral fraud.

According to the channel, military vehicles appeared on the streets, shots rang out. In addition, previously the TV station reported that several people were injured from rubber bullets.

In Zimbabwe on Monday held a General election. The inhabitants of the country chose the President and members of both houses of Parliament. On Tuesday the electoral Commission said that sure of the reliability of the results carried out in the country on Monday, elections complaints by candidates and political parties were reported.

The opposition candidate Nelson Chamisa declared victory in the presidential election. The ruling party of Zimbabwe, “the Zimbabwean African national Union — Patriotic front” (ZANU PF) won the majority of seats in the lower house of the Parliament on the results of past elections on Monday, said the Herald newspaper, citing the election Commission.

At the end of November 2017 93-year-old Robert Mugabe has resigned from the post of President of Zimbabwe under the pressure of war and the leadership of the ruling party ZANU-PF. Before the election, this position was occupied by the former Vice-President Emmerson Mnangagwa, the proposed ZANU-PF for the post of head of state.