Fighters against corruption is poorly integrated into the market 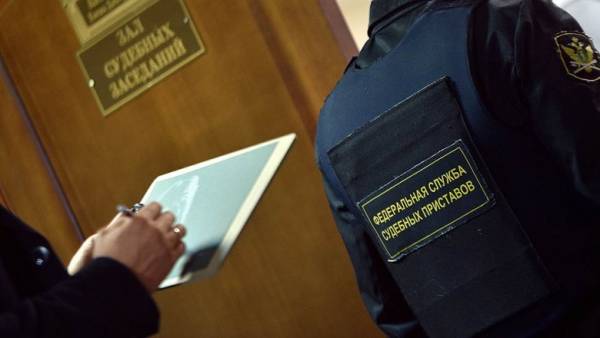 As it became known “Kommersant”, in Moscow, arrested two officers of management “M” of the FSB, on the basis of the reports which are now carried out an extensive investigation in the Federal penitentiary service, in which he was arrested, the Deputy Director of the prison service Oleg Korshunov. According to investigators, fighters with corruption in law enforcement agencies are themselves involved in the illegal transaction on alienation of half of the assets of the company, who owned the construction market in the South-East of the capital. Counterintelligence caught in the cells of the remand prison “Lefortovo” next to the officials, which they developed, their guilt in a large fraud in denial.

The decision on detention of the mayor Sergey Nikitiuk and captain Konstantin Strukov took the Moscow garrison military court under the petition of inspectors of GSU SKR. According to investigators, in 2016 both counterintelligence participated in the Scam for the disposal of 50% of the assets of a commercial entity, owned a small construction market “Ostapovsky” (street Ostapovsky., 1) near the metro station “Volgograd prospectus”. Upon learning that the city authorities are going to demolish some unsightly pavilions located on the market, the officers asked the owner, using its extensive contacts in the various structures, proposed to “solve the problem” with saving his business.

They, according to the victim, demanded to rewrite the half of the company, the authorized capital of which amounted to 4.6 million rubles, on the side of the man.

The entrepreneur was forced to agree, but the transaction for some reason did not take place, and later prcompany issued for their mother of the candidate. Nevertheless, the market “On Ostapovsky” by the authorities was demolished, and its owners offered compensation at 90 million rubles. the Old owner of the company, who would share the money with his new companion, thought themselves cheated and wrote a statement to the police. Criminal case about swindle in especially large size (part 4 of article 159 of the criminal code) was filed in the Central office of the Investigative Committee of Russia. First, investigators took several explanations about the incident, but they remained at large. But then Konstantin Strukov was invited by “business issues” for the signing of certain documents in the premises of the CSS of the FSB at the Lubyanka, where he was detained. Detained at the same time major Nikitiuk, as well as the failed co-owner of the market and his mother. FSB, as soldiers, sent for election of a measure of restraint in court and their civil partner in crime in the Basmanny district. Woman arrested were not limited to recognizance not to leave.

The officers, who were accused of misappropriation of the assets of 2.3 million rubles from the lawyer appealed his arrest as illegal and unjustified, in the hope to get out of jail “Lefortovo” at least under house arrest.

“My client pleads not guilty to the charges,” — said “Kommersant” the lawyer of Konstantin Strukov Igor Kopenkin. He also noted that the defense does not exclude the possibility of revenge is capable of the FSB operatives for their professional activities, refraining from further comment.

The Kommersant’s sources in security agencies said that the major nikitiuk and captain Strukov served in one of the elite units of the Central apparatus of the FSB — controlled “M” tasked with counter-intelligence security and the fight against corruption in the interior Ministry, the emergencies Ministry, the Ministry of justice and its subordinate, the Federal penitentiary service and the Federal bailiff service.

Challenge co-workers was the identification of abuse in prison Ministry. According to some, both the counter-intelligence was directly involved in almost all high-profile revelations in the structure of the Federal penitentiary service in recent years.

In particular, they were members of the group involved in the operational development of the former head of the prison service, Alexander Reimer and his multibillion-dollar fraud with electronic bracelets, for which he was sentenced to eight years in prison.

In April 2016 Sergei Nikityuk, while still a captain, as a senior security officer for particularly important cases of the 2nd direction 3rd Department of the “M” has himself filed a report to the management about discovered the theft while checking the activities located in the Saratov region the Federal state unitary enterprise “tinned food factory of the Federal penitentiary service” and its leader Pavel Belikov.

The field investigator reported that the officials of the FSIN was kidnapped on fictitious contracts 359 million rubles.

“Nikitiuk really was behind the investigation, was prosecuted, but the facts were not confirmed, and a year later he stopped, recognizing that the accused’s right to rehabilitation under this accusation,” — said “Kommersant” the lawyer of mister Belikov Alexander Kunitsyn. However, Mr Belikov was accused the other episodes, and now over it is the court. Although, according to counsel, recognized the consequence of the former Federal state unitary enterprise and units FPS the Saratov region, said the lack of damage.

Meanwhile, according to sources, “b”, Sergey nikitiuk and his colleagues are still in the process of checking cannery actively collected information not only on its leaders but also on who was responsible at the time, logistical issues, the then Deputy Director of the Federal penitentiary service Oleg Korshunov.

These data became one of the reasons for the excitation of some criminal cases concerning the high-ranking employee of the prison service.

Moreover, according to some information, that information of counterintelligence became the basis for the wiretapping of the phones of Mr Korshunova, and then he personally participated in the arrest in September of last year former Deputy Director of the Federal penitentiary service on his boat in the Moscow yacht club and searched it.

However, the arrest of the officers “control M” on the case of a civil servant will not be affected. Mr. Korshunov will soon stand trial on charges of several counts of embezzlement and accepting bribes.

His accomplices are two subordinates, the case against two businessmen who worked with the structures of the Federal penitentiary service (in their favor, according to investigators, committed embezzlement), will be considered by the courts in a special manner in connection with the guilty plea.

And Sergey nikitiuk, and Konstantin Strukov was awarded departmental awards and had commendations from the leadership of the service.

At the same time, according to people from their environment, officers who are about 30 years, lived rather modestly.

So, major nikitiuk, they say, lived with three children in a small apartment, and Konstantin Strukov recently purchased a home mortgage.