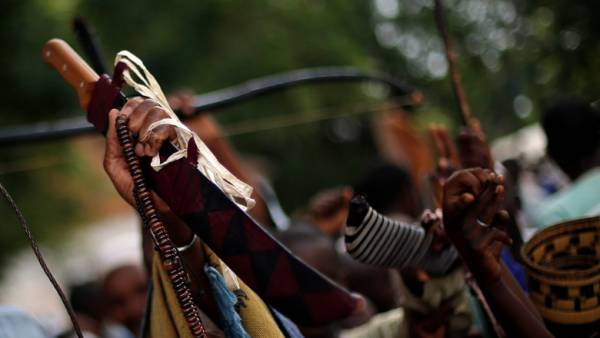 Yesterday in the CAR found the bodies of Orkhan Jemal, Alexander Rastorguev and Kirill Radchenko. All three worked there from the “control Center investigations” of Mikhail Khodorkovsky. In the LRC reported that the journalists were filming in the Republic documentary film about the life of this country. The last time they were in touch on Sunday.

“They have deviated from the planned route for 23 kilometres,” said konyahin.

He also spoke about the “alarming” behaviour of the driver of the crew.

“The driver we got from the UN mission, and he is in the databases of the French journalists who work there. But somehow he was kind of strange, razrulivaya this situation, so I said to them: “it is very strange behavior, like a tip”. They said, “no, everything seems fine.” The next day I went halfway they were shot, the driver was still alive — suddenly,” said konyahin Agency.

Earlier in the CAR said that the Russians were attacked by ten people, all of them spoke Arabic.