Coups, diamonds, poverty. What is happening in the Central African Republic, which killed Russian journalists

On the last day of July it became known about death in the Central African Republic, three Russian journalists — Orhan Jemal, Alexander Rastorguev and Kirill Radchenko. Journalists worked on the film about the Russians, who are training the local military. 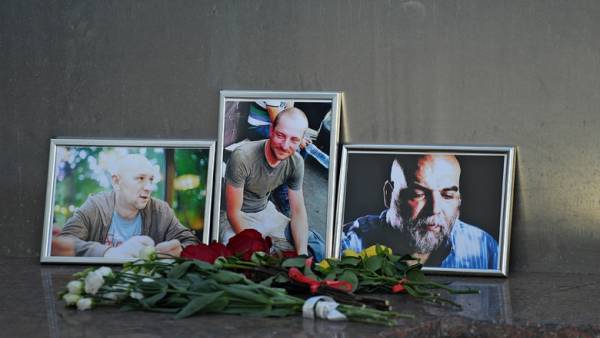 Over the past half century TSAR survived the bloody strife, “Emperor”, who was accused of cannibalism, and several military coups. To bring order to the most undeveloped, according to the UN, the world still failed, neither the French nor the various peacekeeping missions of the United Nations and the African Union nor the Russian military instructors.

Central African Republic until 1960 was a French colony, and after independence remains one of the poorest and sparsely populated African countries with very unstable political situation and ongoing conflict between Christian and Muslim armed groups.

The country is located between Chad, Cameroon, Congo, Democratic Republic of the Congo, Sudan and South Sudan. Access to the sea she’s there, but the territory of the state formed in colonial times, is rich in minerals: gold, diamonds, cobalt, uranium and oil.

Central African Republic — the leader in various ratings of the most disadvantaged countries. In 2015, the UN called it the most undeveloped country in 2017, the country was in last place in the ranking of the International Fund in terms of GDP per capita.

About 70 percent of children cannot read, and the average life expectancy is about 50 years. In fact, local authorities do not control up to 80% of the country, from 2013 and continuing a protracted conflict, which has led to the fact that half of the population — 2.3 million people — needs humanitarian aid.