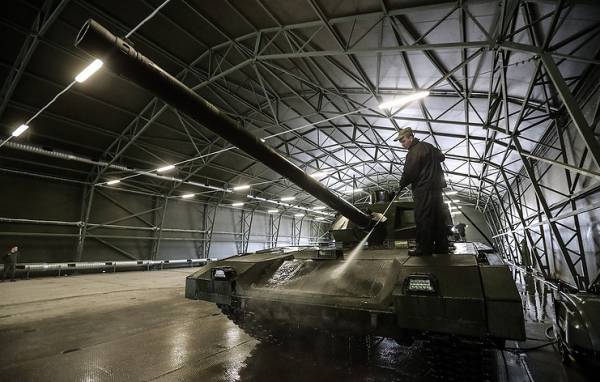 MOSCOW, August 1. /TASS/. The life and reliability of unified platform “Armata”, “Kurganets”, “boomerang” is 20% higher than that of existing equipment. This was reported to journalists by the Deputy Russian defense Minister army General Dmitry Bulgakov the eve of the Day of logistics of the Armed forces of the Russian Federation, celebrated on August 1.