WASHINGTON, July 30. /TASS/ — Giuseppe Conte also believes that dialogue between the US and Russia is fundamental to global stability. 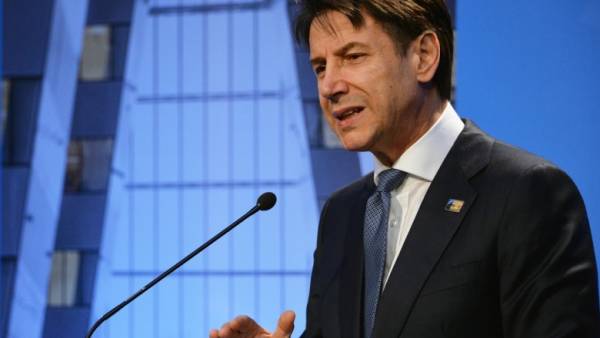 The position of President of the United States Donald trump on the distribution of defence spending of the countries participating in NATO and the possible return of Russia to the Group of seven and the resumption of the format of the group of eight (G8) are “reasonable”. This was stated Monday by Prime Minister of Italy, Giuseppe Conte during the joint with the trump press conference at the White house.

I personally agree with [these positions]. To be honest, it expressed the position and the need to restore the balance in the costs of the [NATO], which are traditionally very disproportionate, it is absolutely reasonable position., Giuseppe Contipremium-Minister of Italy

“For me personally, they are of great importance, and I personally will support this agenda and try to bring these positions to the other,” promised the Comte.

“As for Russia, Italy interested in dialogue with Russia. And Italy also believes that dialogue between the US and Russia is fundamental in order to achieve positive results in a global perspective from the point of view of stability and security,” he said, adding that “it is necessary to ensure that the system of sanctions [against Russia] does not affect the civil society, on the economy of small and medium enterprises in Russia”.

The Prime Minister recalled that “Italy has in this respect there is a tradition of maintaining strong economic relations with Russia.”