Nationalism or money: Latvia against Russian and Ukrainian migrant workers

In Latvia there are fewer workers, but local politicians don’t want to open the labour market for foreign labour. 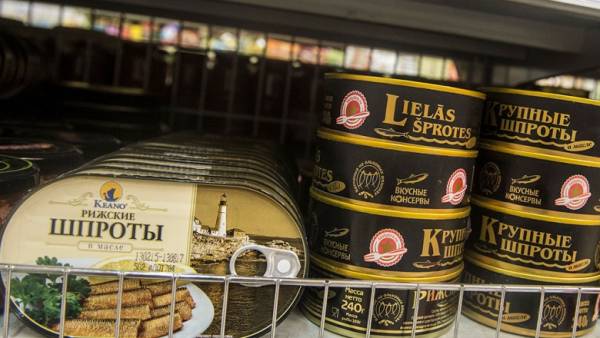 Labour emigration from Latvia goes on for two decades and has reached such proportions that the country has almost no free hands.

Local businesses encouraged to open labour market for workers from Ukraine, Russia and other CIS countries. With the same calls in favor of the IMF. Policy against: if you start working from the East, they say, the Latvian identity can be threatened.

Solvita originally from Aluksne, a small town in the East of Latvia. Eight years ago, she was unemployed, with a mortgage and three school-age children.

In order to cope with the costs, she went to Britain. Since then, the Solvita lives in London, works in a hotel, earns fifteen thousand euros per month and is not going home. “You know, I have enough, she says the Russian service Bi-bi-si. — I and your children can help.”

“They really brought”: the Vologda region became the capital of personal bankruptcies

She would like to return home, but not now, but sometime later. The main thing — to wait until the children finished high school. “Home is home, home and breathe differently, — continues Solvita. But here I have stability.”

Solvita left immediately after the financial crisis, when thousands of Latvians were in a desperate situation: GDP fell by 18%, wages have fallen on average by 10-20%, tens of thousands of people were left without work.

All this happened immediately after the mortgage boom. Apartments on the background of the crisis fell, that is, they could not sell for immediate repayment of the loan, the loans I had to give, wages fell and unemployment rose.

However, not all immigrants have left Latvia because of the money.

Daiga worked in a managerial position, was earning decently, but at some point “burn out”. She now lives in London, works in the office and quite happy with life. “One day I too may be tempted to go home because it’s home,” she says. When the moment comes, she doesn’t know.

Home draws not only ethnic Latvians. Igor was born in Riga, but ten years ago I left the UK, now lives in Birmingham, works as a bus driver, gets three thousand pounds per month and quite satisfied with life.

If there was a decent salary and a decent job, then perhaps you would think (on the return). A after some time leaving home. But in a year or two back in Britain.Igor

When and where in Latvia you will see this decent salary, no one knows.

No one to work

And manpower Latvian entrepreneurs need not ever then, and now. The peak of the outflow occurred in the crisis year of 2009, and since then the process does not stop. The representative of the Ministry of foreign Affairs of Latvia Girts Jegermanis told the Russian service Bi-bi-si, that, according to official data of Management on Affairs of citizenship and migration abroad was about 180 thousand Latvian citizens.

However, not all immigrants are officially registered, so the total number living abroad, people from Latvia, he said, can reach up to 370 thousand.

Since most of these people have left Latvia, the situation in the labour market has changed significantly.

During this time the number of unemployed has decreased by almost three times: in August 2009 it was 203 thousand people (18,9%), in may 2018 71 thousand (7.3 per cent). The number of vacancies registered in state employment service has increased tenfold.

Workers hard to find, despite the growing salaries: in March 2010, the average salary in Latvia was EUR 449 in March 2018 — already 733 Euro (data of the Central statistical office).

“We used to say that not enough programmers and chauffeurs, and now we see that it is difficult to find workers around the perimeter,” — says Chairman of Latvian chamber of Commerce and industry Janis endziņ. According to him, some employers are now buses carry workers from Lithuania.

The head of the carriers Association Latvijas auto Valdis trezins says that employers are willing to pay truckers for 1500 — 2000 Euro, that is two to three times more than the average salary.