Astronomers have determined the exact distance to the North star

Using data from the Gaia telescope, astronomers have determined the exact distance to the pole star, it is 447+/- 1,6 light-years, reported in the journal Research Notes of the American Astronomical Society. In addition, the researchers also revised the radius, age and mass of stars. 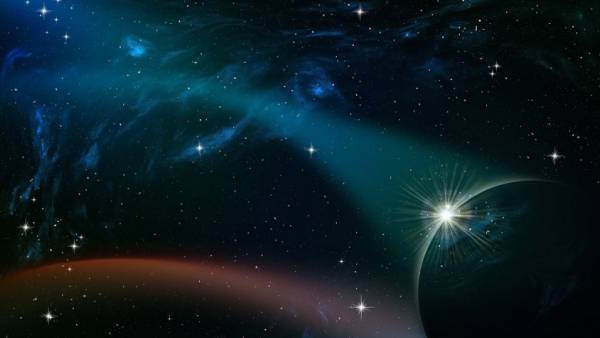 Despite the fact that the polar star is one of the most famous stars in the sky, which is mentioned in the catalogue of stars of “Almagest” compiled by Ptolemy almost two thousand years ago, scientists still could not accurately determine the distance to it. Modern estimates give a range of values from 322 to 520 light years, which also bothered to study the properties of stars. But now, thanks to a new data release of the Gaia telescope, published in April, astronomers were able to obtain the exact value.

In fact the North star is a system of three bodies: main, North A, is a supergiant around which revolve two stars smaller polar polar B and Ab (or P).

In the new work, astronomers Scott Engel (Scott Engle), Edward Guinan (Edward Guinan) and Peter Harmanec (Petr Harmanec) analysed data obtained by Gaia for component B, of a star with a mass of 1.39 solar. The measurements showed that the distance before it reaches 447+/- 1,6 light years that is applicable to the entire system. The absolute magnitude of the Polar of B is 2.91. This value is slightly above that which should be expected for stars of spectral type F3V age 60-100 million years.

Moreover, the team clarified the properties of the main star, Polaris A: its radius is equal 47-50 solar, weight is 6.4−6.7 solar masses, and age 55-65 million years. This allowed the scientists to determine that the polar star, probably for the first time crosses the pulsation instability strip in the diagram of Hertzsprung — Russell. This occurs when the stars descend from main sequence and cross the band, they can do four or even five times.

The Gaia telescope also helped to create new three-dimensional map of the milky way: it contains more than a billion stars. In addition, he measured the brightness and color 1.7 billion of stars and the changes of these parameters for 500 million objects. In addition, recently he managed to open his first single white dwarf that had been contaminated with metals.