TOKYO, 30 Jul — RIA Novosti. The South Korean police launched an investigation into the case of possible fraud against the South Korean company “Senile”, which previously announced the discovery at the bottom of the sea of Japan of the cruiser “Dmitry Donskoy”, which sank in 1905. 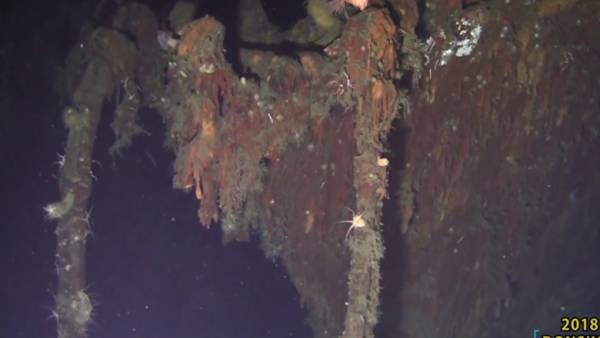 “Police said they began an investigation regarding possible fraudulent claims from local companies that it found the wreckage sank in the early twentieth century, the Russian cruiser”, — said the Agency Yonhap, citing sources in law enforcement bodies.

It is known that the police had imposed a ban on leaving the city for the head of the company “Senile” and several other persons, whose identities are not disclosed. Other information is not reported.

The company “Senile” (Shinil Group) working in particular construction business, July 17 and published on its website that “Dmitry Donskoy” was found at a depth of 434 meters at the South Korean island of Ulleungdo. On Board camera clearly recorded the inscription with the name of the cruiser.

The company said it is going to organize the rise of the cruiser from the seabed. Last week “Senile” filed documents to the South Korean government to carry out works to raise the ship, but they were not accepted because of lack of required documents, including the map of the location of the cruiser on the sea bottom, plan of work, insurance for the lifting of the ship, and others.

Later, the representatives of the company admitted that its experts failed to provide evidence of treasure on Board. Answering a question of journalists on why the company used in their statements unaudited data on the amount of gold supposedly aboard the sunken cruiser, the representative stressed that “the famous expression about the treasure on the cruiser “don” in the amount of about 150 trillion KRW was used even before the company began the search of the vessel”.