Why Pyongyang prefers a hacker attack a nuclear attack

After the summit of leaders of the United States and the DPRK Donald trump and Kim Jong-UN, the debate around the North Korea issue has focused on the issue of denuclearization. However, according to expert estimates nuclear warheads — not the most terrible weapons that are in the hands of Pyongyang. “Газета.Ru” cybernoise talks about North Korea — one of the most dangerous and numerous armies of hackers in the world. 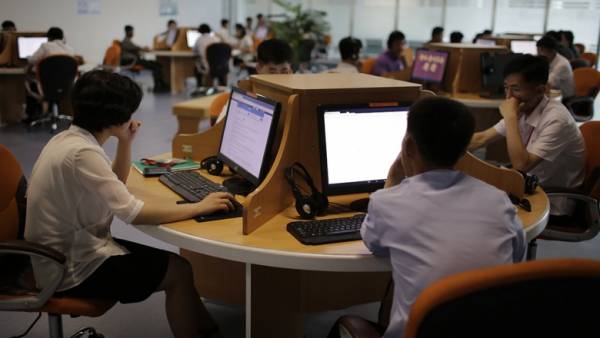 A year ago it was hard to imagine that the DPRK will be talking seriously about denuclearization of the Korean Peninsula. If you believe the us President Donald trump, in the month after the summit in Singapore, the government of North Korea had dismantled four “major testing ground”, and stop ballistic missile tests.

In conditions of instability of American foreign policy to Pyongyang’s refusal of the main guarantor of its sovereignty looks at least strange. However, according to experts, nuclear weapons are not the most terrible force in the hands of Kim Jong-UN.

The potential for North Korea to destroy critical infrastructure without nuclear weapons largely ignored, but Pyongyang is sufficient cyber capabilities to cause serious damage.Jessica Bayer and Dunhua Prexport on cyber security and cyber warfare, Reuters

These conclusions come not only independent experts, but also government agencies of Western countries.

In the latest report of the British parliamentary Committee on defense States that cyber attacks North Korea pose to the world a greater threat than a nuclear warhead on the Korean Peninsula.

Between North Korean nuclear tests and cyber-attacks even a correlation. “Often they coincide. So, during the third test in February 2013 South Korean television companies and the banking sector suffered from the attacks of 3.20 CyberTerror, known as Dark Seoul. In January 2016, when North Korea conducted a fourth explosion, there was a mass mailing of phishing emails to South Korean officials. After the fifth test in September 2016, the hackers managed to steal secret military files from South Korea. It is not excluded that Pyongyang diverts attention from cyber-attacks and nuclear tests”, — stated in the analytical report of RIAC “North Korea: As North Korea has created the most effective kibervoyska in the world.”

General Director of “laboratory of Digital Forensic”, RIAC expert Alexander Mamaev in conversation with “Газетой.Ru” notes: the damage from cyber attacks can be truly enormous.

Can be applied directly to the economic damage, energy damage, able to turn something like a catastrophe in Fukushima. In military terms we are talking primarily about the decommissioning of various network elements, when one or the other technique is derived from the system — in fact, is undermining the fighting capacity of the enemy.Alexander Managementany Director of the “Digital Forensic Lab”, RIAC expert

The emergence of the North Korean army of hackers is inextricably linked with the coming to power of Kim Jong-UN. There is a beautiful story, according to which the foundations for future cyberarmies laid his father Kim Jong-Il.

According to domestic careened and diplomat George Toloraya who worked in the DPRK, “computer science and Cybernetics, the North Koreans have and, in General, seriously enough”.

“There is a research base and computer base is very good. Moreover, they give this education, I saw how intense is the training of computer specialists,” — said in a conversation with “Газетой.Ru” talora.