To take off not ready: airlines are faced with shortage of pilots

How to solve the problem of shortage of pilots in a massive increase in traffic. 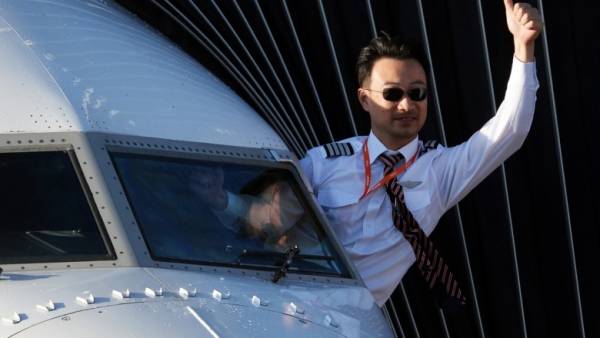 The global demand of carriers for pilots continues to grow, while airlines around the world already face a shortage of qualified personnel. According to forecasts, the demand for flights in the coming years will be explosive, and airlines try to prepare for this, starting to entice future pilots literally from College. As companies try to satisfy staff shortages and if they can solve the problem by new technologies, to understand the portal iz.ru.

Rise to the heavens

According to the forecast, which in July introduced the aerospace Corporation, Boeing, in the next 20 years the world’s airlines will need 790 thousand new pilots.

The company gives the breakdown by regions: the most significant need for staff in 2018-2037 years will be from airlines in Asia and the Pacific — they need 261 thousand pilots. Followed by North America (206 million), Europe (146 thousand), middle East (64 million), Latin America (57 thousand), Africa (29 million), as well as Russia and Central Asia (27 million).

According to the Federal aviation administration, which leads Professor in the Department of mechanical and aerospace engineering at West Virginia University Peter Gall, in 1987 in the United States, there were about 827 thousand pilots, but since then their number has reduced by a third. The demand for passenger air travel after the sharp decline after the attacks of 11 September 2001 in the United States first restored, and then moved on to powerful growth. The trend clearly will continue — as predicted by the International air transport Association (IATA), by 2036 the number of passengers will increase almost twice — with 4 billion people in 2017 to 7.8 billion, the Main driver of this trend, again, will be the Asia-Pacific region — it is, according to estimates by IATA, will account for more than half the “increment”.

CEO and President of the Association Alexander de Juniac notes that the tendency to such a rapid growth of passengers is “fantastic news in terms of innovation and financial well-being”, which is achieved by the development of the transport sector.

It also represents a powerful challenge for governments and the industry itself — need to be ready to respond to such a significant demand.Alexander de Juniac head of IATA

Gall calls the prevailing and predicted situation “a classic case of low supply and high demand.” “This imbalance creates a “perfect storm” that in the next decade can wreak havoc in the airline industry in the U.S. — says the researcher. — The sad news is that the shortage of [staff] will only increase”.

Attack of the drones

The reasons for the lack of pilots, especially commanders aircraft, several. According to Galla, one of them — reducing the number of pilots who came to the airlines after serving in the armed forces: in the 1980s, the proportion of pilots who replaced the straps on a civilian “wings”, reached 2/3, and has now been reduced to one third.

If military pilots came to the “citizen” with the necessary knowledge, skills and flight hours, those who did not serve, to pay for the training yourself. “The charges can be very serious and easily exceed $100 million,” says Gall, a former pilot with 19 years of experience.

Another prerequisite to the current situation with flight staff in 2009 created by the U.S. Congress. Legislators lowered for pilots, the age limit a mandatory requirement from 65 to 60 years, arguing this step for security reasons. Considerations seemingly quite reasonable, however, the situation with the staffing of crews that may have an impact only in the negative.

According prepared in 2016 Boeing report, about 42% of the pilots who now work at leading U.S. airlines, in the next 10 years we’ll have someone to pass the helm over the age limit.

Have tightened requirements and to the experience of pilots of civil aviation. The reason for the changes imposed by Congress, was the incident in February 2009 plane crash near Buffalo (new York). Then crashed aboard the airline Colgan Air, flying for American Airlines, victims of tragedy of steel 50. Investigators later found out that the plane fell into aerodynamic stall, and the crew failed to respond adequately to the situation, including due to lack of experience. After the incidents, a law was passed, according to which airlines are hiring pilots must be at least 1,500 flight hours, although this was enough for 250 hours of “baggage”. It is obvious that the new restrictions have complicated the already difficult path of obtaining a license for the management of passenger aircraft.