Lebanese old tanks drown in the Mediterranean sea. Why?

Lebanese environmentalists decided to drop into the Mediterranean, 10 old tanks. At first glance, this may seem strange. 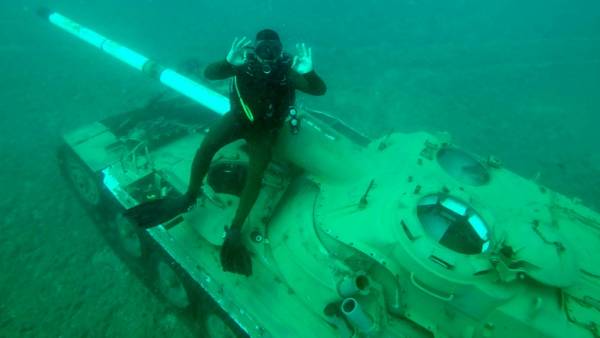 But the Lebanese organization “friends of the coast of Sidon” did this in the hope not only to attract foreign tourists, but also to create new habitat at the bottom of the Mediterranean sea. Tanks were flooded on Saturday in three kilometers from Sidon, in the eyes of the astonished residents.

From the Islands of Italy found the amazing coral forest

“It will be a Paradise for scuba divers and the place where you will thrive with marine life,” says Kamel Kozbar of the “Friends of the coast of Sidon”.

According to him, the algae will soon cover received from the army of Lebanon is old and no longer need tanks, and that will be “underwater reserve”.

But this project has geopolitical implications. Guns flooded tanks is directed to the South, in the direction of Israel. Says Kamel Kozbar, it’s a gesture of solidarity with the Palestinians.