For Alexei Ulyukayev given a medal

Awarded to the staff of the Investigative Committee. 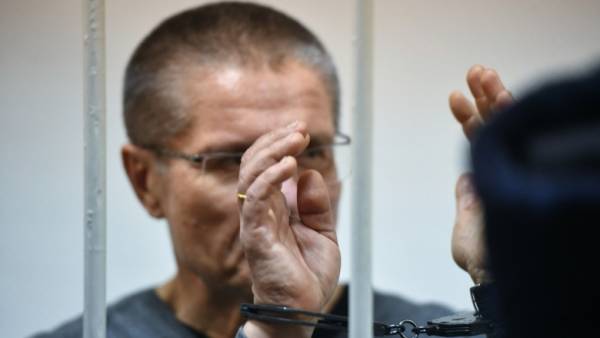 30 July was published the decree of the President of Russia Vladimir Putin on awarding employees of the Investigative Committee of Russia (TFR). The medals, according to the document, received the members of the Committee are investigating a criminal case against former economic development Minister Alexei Ulyukayev and police-billionaire Dmitry Zakharchenko. The highest award, the order of Courage, awarded to the investigator, previously trained in the circumstances of the terrorist attacks in the North Caucasus.

Employees RCDS was awarded by decree along with the players of the national team of Russia on football. Some of them received awards at a gala evening dedicated to the Day of the investigative bodies, which was celebrated on July 25. However, a complete list of distinguished appeared only today.

The highest award, the order of Courage, was awarded the senior investigator for particularly important cases under the Chairman of the TFR Konstantin Krivorotov. For many years he investigated the terrorist attacks committed in the North Caucasus, and other serious crimes, and recently looked into the circumstances of the shooting at the restaurant on Rochdelskaya street in Moscow and the terrorist attack on Board the Russian plane to Egypt. Obviously, the medal he received on set of merits.

Other order, Honor, and received Alexander Bastrykin, the Deputy Boris Karnaukhov, one time also oversaw the investigation of serious crimes committed in the North Caucasus. Other investigators were awarded medals of the order “For merits before Fatherland” the second degree and honorary titles.

Among the awarded there are one investigator for particularly important cases when Mr. Bastrykin Sergei Chernyshov, who was versed in high-profile bribery case against ex-Colonel of Quebec the Ministry of internal Affairs of Dmitry Zakharchenko. Obviously, the medal he was awarded for the case in which the state got arrested the COP money and assets to a record $ 9 billion.

The same award was given to the investigator Roman Nesterenkoinvestigating a criminal case against the former Minister Alexei Ulyukayev, who was sentenced to eight years and a large fine for accepting a bribe.