Britain intends to strengthen relations with China after Brexit

After Britain’s withdrawal from the European Union, the Kingdom will seek to strengthen relations with China. According to the head of the British foreign office of Jeremy hunt, is due to the fact that, after Brexit, the country will be more open to the world. 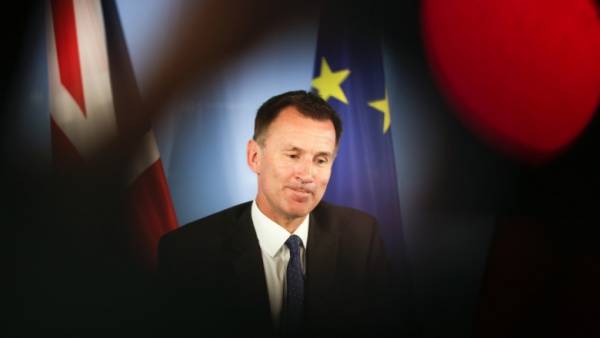 Statement hunt made on 30 July before a visit to Beijing, which will be his first foreign trip as the head of the British foreign office. In China, hunt will meet with Chinese foreign Minister Wang Yi

“Because the UK leaves the EU and becomes more open to the world, we are committed to deepen this very important partnership in the XXI century”, — quotes the hunt Agency TASS.

It is expected that the parties will discuss the importance of multilateral and free trade, climate change, development, security and non-proliferation of nuclear weapons, the enforcement of UN sanctions against North Korea.

Also, after Brexit, the UK intends to strengthen relations with the United States, as noted by British Prime Minister Theresa may on July 12. During his visit, trump to the UK she spoke of a “common thread” between the two countries.