MOSCOW, 29 Jul — RIA Novosti. The President of Croatia Kolinda Grabar-Kitarovic said that he had invited Russian leader Vladimir Putin to pay a state visit to Zagreb. 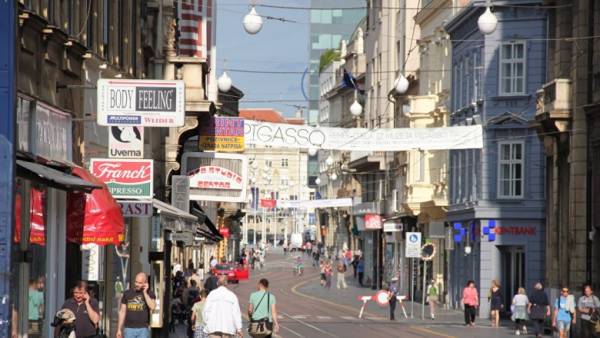 Grabar-Kitarovic visited with official visit to Sochi in October 2017, and also attended football matches in Nizhny Novgorod and Moscow during the football world Cup in July.

In her opinion, issues in the bilateral agenda enough.

“I invited him to come when I was in last year in Sochi, and repeated the invitation in Moscow. This would be the first state visit of the Russian President in Zagreb, and I think now is the time for him,” said Grabar-Kitarovic in the interview to the newspaper “Kommersant”.

Answering the question of when such a visit could take place, the President said: “It depends on the schedules of both of us, but as I said to President Putin — as soon as he is that’s convenient.”

According to her, in Croatia it is waiting for Putin.

“The attitude of Croats towards Russia can be seen during the world Cup. Remember the huge banner, “Thank you, Russia!”? I think that our negotiations would benefit not only Russia and Croatia, but the entire region of South-Eastern Europe”, — said Grabar-Kitarovic.