Eight police officers injured in chase near Irkutsk In the Irkutsk region nine people, including eight policemen, were injured during the pursuit violated traffic rules by the car. About it reported in a press-service GU MVD in the region. The incident occurred at about 01:00 local time on 29 July (20:00 GMT July 28). “The driver did not obey demands to stop, repeatedly created a dangerous emergency. During the pursuit the vehicle was detained in the district Irkutnogo bridge. But when placing materials on offense another motorist crashed into a traffic police”, — quotes the representative of the police Agency TASS. Eight victims were sent to the hospital, another victim hospitalization is not required. According to the website of the TV channel REN-TV, citing witnesses, the offender is 23-year-old Nicholas D. — received gunshot wounds. The young man broke the rules and tried to escape from traffic police, which the

END_OF_DOCUMENT_TOKEN_TO_BE_REPLACED 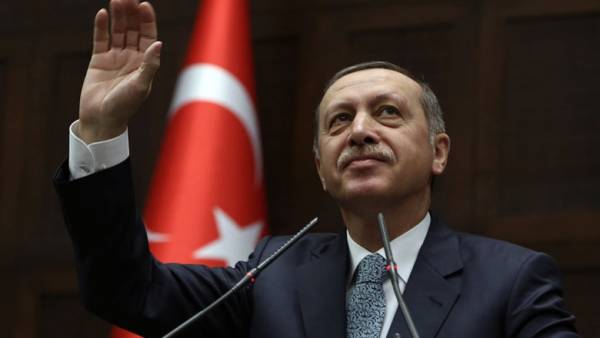 Erdogan has warned the United States that Washington may lose an ally in Ankara The United States may lose their “sincere” ally, if Washington does not change its attitude to Ankara. About it as informs television channel NTV said on Sunday, President Recep Tayyip Erdogan. ANKARA, July 29. /TASS/, “We’re not tied to US, they should not forget that if they do not change their attitude, will lose a strong and sincere ally in Turkey,” he said, commenting on Washington’s statement on the court case of American pastor Andrew Brunson. According to Erdogan, Ankara “never conducted the auction in question Branson”, “Turkey will not back down because of threats of sanctions”. Leader called the official U.S. comments on this “psychological warfare”. A Protestant pastor Andrew Branson, who lived in the district of Izmir, was arrested in 2017 for alleged links with the outlawed Turkey Kurdistan workers ‘ party and “terrorist