Why Shahrin approved the participation of the Ministry of defense “Invasion”?

Russian authors ‘ society has filed a lawsuit against the organizers of the “Invasion”, accusing them in a significant underpayment to the creators of musical works performed at the festival in 2017. Previously from participation in the annual event refused a number of artists dissatisfied with the cooperation of the organizers with the Ministry of defense. 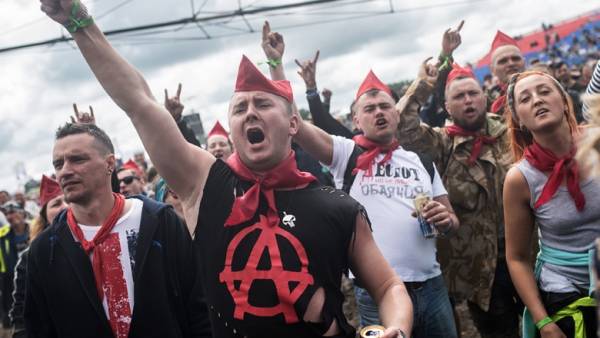 The upcoming festival “Invasion-2018” in the last days surely settled in the media, making their summer multiple competitors to take second place. Information “victory”, however, was tinged with scandal, because it was associated with the mass rejection of the performances at the event, famous artists, issued the decision because of the cooperation of the festival with the Ministry of defense of Russia.

the 9 most interesting events in Moscow on August

At the same time, however, the passion around the “Invasion” has not ended. So, on July 26 in “the game” has entered the Russian authors ‘ society (RAO), filed a lawsuit to the organizers by 7 million rubles. The application was sent to court on “Modern broadcasting technologies and systems” (STTK), which was engaged in a rock festival. According to the representatives of the RAO, the organizers held in 2017 “Invasion” paid to the company the 330 884 thousand rubles of remuneration, specifying that in the event it purchased a total of 7158 tickets.

“However, on the official website of “Invasion” and the website of the Ministry of internal Affairs of the Tver region indicated that the festival was visited by over 200 thousand viewers, — emphasized in the organization. — RAO carried out the calculation of interest rate by multiplying 100 thousand tickets for minimum ticket price specified by the organizer: 1 thousand 650 rubles. Thus, we got the minimum amount of gross yield: 165 million roubles. Royalties in the amount of 5% amounted to 8 million 250 thousand rubles. Accordingly, the amount of waste amounted to 7 million 365 thousand 670 rubles.”

RAO also said the appeal to the court of “last resort”, explaining that the society has during the year shall notify the organizers about the necessity of recalculating the amount of compensation.

“Extreme appeal to the organizer of the festival was transmitted on 8 February 2018. However, no feedback from STTK followed. In the end March 20, 2018, RAO was forced to appeal to the Arbitration court of Moscow” — quotes words of the representative of the Russian authors ‘ society TASS.

Monetochka refused to speak to “Invasion”

In a press-service of “Invasion”, stressed the source, to comment about the lawsuit abstained.

Earlier performances at the festival, which in 2018 should be held in the Big Zavidovo in the Tver region from August 3 to August 5, refused some popular artists for them was bought by news cooperation “Invasion” and the defense Ministry continued for several years.