The Italians discovered “Satan” in the new government

Italian Catholic magazine Famiglia Cristiana equated to the interior Minister of Italy Matteo Salvini to Satan. About it reports The Local. 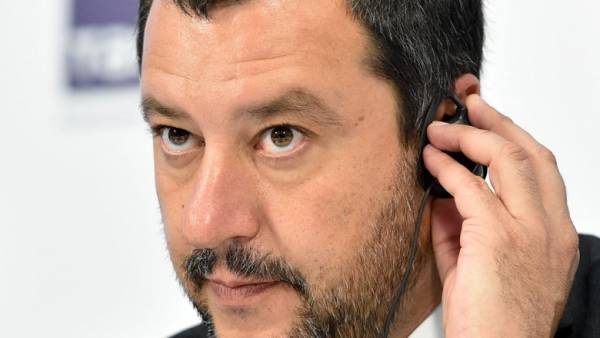 According to him, the magazine went with the headline Salvini Vade Retro (“Go away, Salvini”). This phrase is a reference to the Latin popular expression, “Go away, Satan”, which became also the title of Catholic prayers.

“Thus the Church responds to the aggressive tone of the Minister of internal Affairs”, — says the publication.

“To save humanity from lack of spirituality, we must protect life. The life of each”, — reported in the text. Famiglia Cristiana notes that were not guided by any personal and ideological reasons when writing the article.

The publication caused resentment of the official. “I do not pretend to teach someone, I’m not a perfect Christian, but I think I don’t deserve this. The good news is that every day many support me”, — he wrote in social networks.

After coming to power, Salvini, leader of right-wing Italian party “Northern League”, promised to stop the arrival of migrants into the country and to expedite their deportation. The policy of the interior Minister causes condemnation from the Catholic Church, the newspaper notes.

11 June, the Minister banned the entry of the ship with the African refugees in the port of Sicily. The ship Aquarius, belonging to the charity SOS Méditerranée, there were 629 asylum seekers, among them 120 minors. In the end, refugees are being hosted in the Spanish city of Valencia.