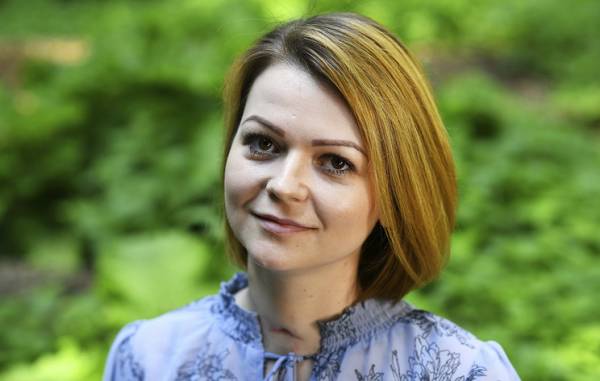 LONDON, July 27. /TASS/. The Russian Embassy in London expects to hear the opinion of the daughter of ex-GRU Colonel Sergei Skripal – Julia – about the incident in Salisbury and hoped that she would have the opportunity to get acquainted with the Russian assessment of what happened. This was stated on Friday the press-Secretary of Russian diplomatic mission in the UK, responding to a question regarding the ongoing isolation of Yulia Skripal and the request to comment on her recent telephone conversation with my cousin Victoria.

It is not known

“The content of this conversation we reliably know nothing. The Embassy can neither confirm nor deny published about this information, including the fact that the British side is in breach of its international obligations still not gave us the opportunity to talk with Julia Skripal. This is not the first public statement, attributed to Yu Skripal, but even her televised address on may 23, did not dispel our serious doubts about whether she is free in his actions and statements. Then had the impression that Julia is not spoken from myself, her performance was dictated, as indicated by the facts which we have previously mentioned,” – said the diplomat.