The DPRK gave the U.S. the remains of soldiers killed during the Korean war

WASHINGTON, July 27 — RIA Novosti. The DPRK Friday gave the US the remains of American soldiers killed during the Korean war, the report said the White house. 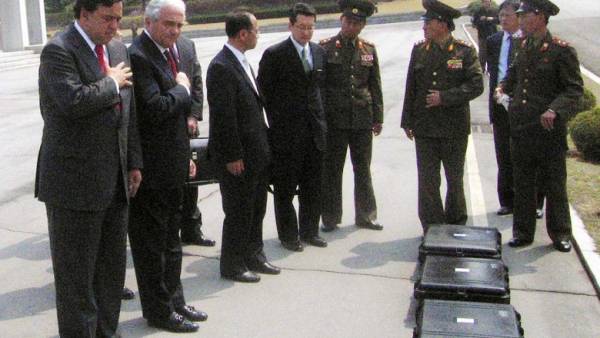 “C-17 plane of the US air force with the remains of the fallen servicemen took off from Wonsan, North Korea… C-17 carrying the remains to the Osan air base where on 1 August will take place the official ceremony of repatriation”, — the document says.

At a meeting in Singapore on 12 June, the leaders of the United States and North Korea, Donald trump and Kim Jong-UN agreed to search for the remains of American soldiers killed and missing during the Korean war. In the joint document after the meeting said that the parties were “committed to the search for the remains of prisoners of war and missing, including the early returns have been identified”.

The death toll in the Korean war of 1950-1953 Americans with the account of the missing is about 36.6 thousand people. The remains of about five thousand of them, according to the Pentagon, are in the territory of the DPRK.

After the Korean war of 1950-1953, North Korea and U.S. are technically at war, since among them only signed an armistice agreement. South Korea and even then refused to sign the armistice agreement, and only in 1992 between the two Korean States came into force the Agreement on reconciliation, mutual non-aggression, exchanges and cooperation.