Basmanny court in Moscow in absentia arrested three citizens of Syria, shot down a su-25 major Roman Filipov. It is reported by RIA “Novosti”. 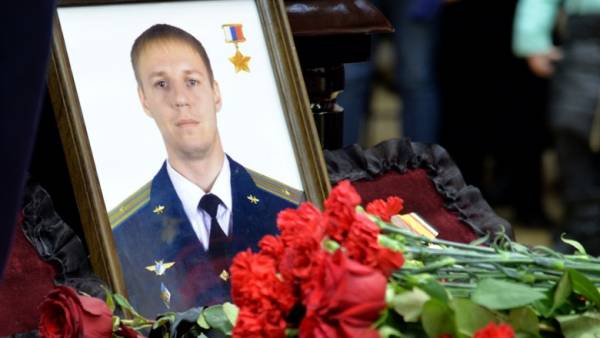 Also the men were declared in the international search. They are charged with participation in an illegal armed formation and mockery of the body of the deceased.

“The court has satisfied the petition of the investigation in absentia was elected a measure of restraint in form of detention in respect of Sohta Tarek Nawras, Sohta Amer Izzat and Srabi Murad Juma”, — said the press Secretary of the court Juno Tsarev.

The term of arrest will be two month countdown starts from the moment of extradition or detention of Syrians in Russia.

Earlier it was reported that in Vladivostok, a street was named in honor of the Roman Filipov.

The pilot of the Russian su-25 Roman Filipov was shot down by insurgents in Syria from MANPADS when making a flyby of the zone of de-escalation “Idlib” February 3, 2018.