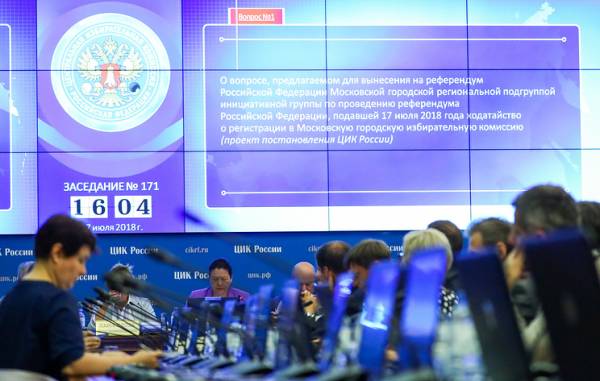 MOSCOW, July 27. /TASS/. The CEC has recognized not corresponding to the requirements of the law the wording of the question, which the Communist party proposes to put to a nationwide referendum against raising the retirement age, because of the uncertainty of the issue, which, in the opinion of the Commission, may introduce people astray. The decision of the CEC adopted at the meeting on Friday.