Putin commented on the reduction of Russian investments in US debt

The President of Russia Vladimir Putin, answering questions during a press conference at the summit of BRICS, linked the reduction in investments of the Central Bank of Russia in the US national debt (US Treasuries) with the threat of sanctions. “We should minimize risks, — stated the President. — We can see what’s going on with these sanctions — illegal in fact limitations. We are aware of them and try to minimizarea”. 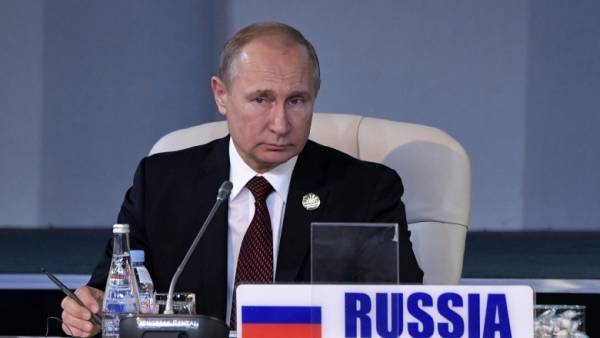 At the same time, Russia is not going to “make sudden movements” and to abandon the dollar, Putin said. According to him, although the dollar remains a reserve currency, it concerns not only Russia, because the dollar is used as a means of pressure.

“As our American partners and those restrictions they impose, including in the calculations in dollars, I believe that this is a big strategic mistake, because they thereby undermine the credibility of the dollar as a reserve currency”, — said Russian President.

Last week it became known that Russia withdrew from the list of the largest holders of Treasury bonds from the U.S. Treasury. In April, the investment in this tool has decreased to $47.5 billion in may and $33.8 billion to 11-year low of $14.9 billion.

A maximum of Russian investments in US debt — $176,3 billion — came in October 2010, in 2013 they exceeded $150 billion, but after the Ukrainian conflict and sanctions from the United States began to decline. In June of this year, the Chairman of the Central Bank Elvira Nabiullina told the state Duma reduction of investments in us government debt, the diversification of international reserves, taking into account all risks — financial, economic and geopolitical.