JOHANNESBURG, July 27 — RIA Novosti. A big plus Donald trump is his desire to fulfill the promise in the first place — information voters, said Vladimir Putin at a press conference on the results of the BRICS summit in South Africa. 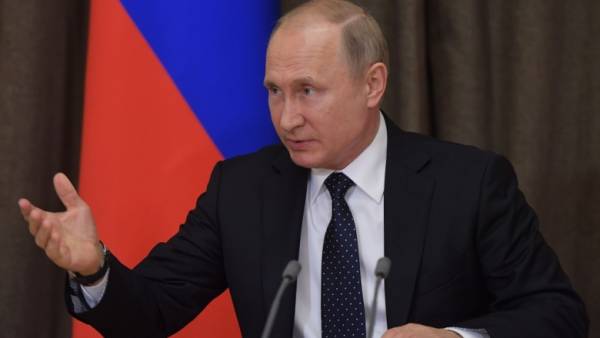 “By the way, so the specificity of the incumbent President and a positive, I think, because as a rule after the election, certain leaders quickly forget what they promised the people when it came to elections,” — said the Russian President.

Trump and Putin positively evaluated the quality of character of each other. Trump’s opponents criticize him for “extremely respectful” attitude towards his Russian counterpart.

“I think he’s an experienced businessman with lots of experience, and he understands that if there is a need to establish with whom a relationship of cooperation, it is necessary to treat current or potential partner with respect, otherwise nothing will come of it”, — commented on the situation, Putin.

Recently held meeting of presidents in Helsinki. The parties went through virtually the entire spectrum of bilateral relations and international agenda, and in some places even reached practical agreements. The American leader praised the summit and stressed that relations with Russia are important for the United States and around the world. He was also criticized by their political opponents.

In Johannesburg completed the tenth summit of the BRICS. The organization includes Brazil, Russia, India, China and South Africa.