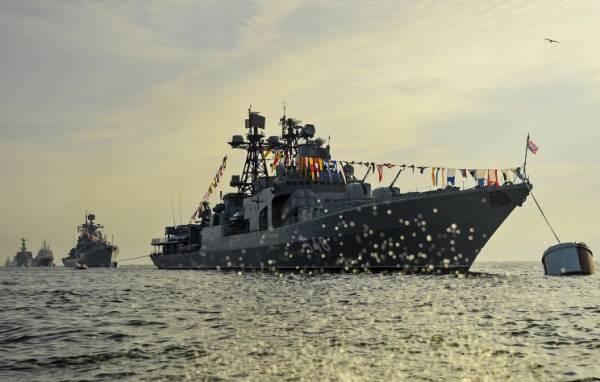 On July 29 the naval fleet of Russia celebrates 318 years of education. The fleet is quite actively updated, its combat strength join the newest corvettes and frigates, equipped with advanced weapons and ships near sea area, boats and submarines.

According to open sources, as of July 2018 in the ranks of the Russian Navy there are more than 250 surface ships and boats (including those in repair of heavy aircraft-carrying cruiser “Admiral Kuznetsov” and the heavy nuclear missile cruiser “Peter the Great”), about 70 submarines (48 atomic), as well as several hundred auxiliary vessels.