The Moscow city court on 26 July sentenced the former Deputy chief of management of own safety of Investigatory Committee of Russia Alexander Limonova to five years in a strict regime colony, reports the correspondent of “b” from a court hall. 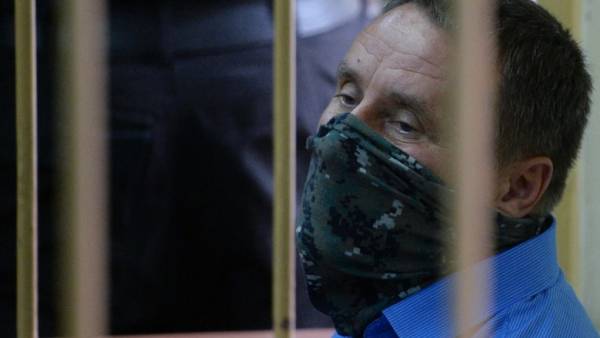 Lawyer Limonova told “Kommersant” that the decision will be appealed.

The prosecution was asked to send Mr. Lamonova in the colony for six years. The case of former Deputy head of USB SKR rassmatrivali in a special manner — without examining the evidence because it concluded pre-trial agreement with the investigation, which implies a confession of guilt.

We will remind, Alexander Limonov during the investigation, admitted his involvement in the corruption scheme on early release from detention of criminal authority of Andrey Kochanova and spoke about the role of his boss, the head of the Central Board of the RCDS Mikhail Maksimenko. Besides him, on his plea deal went another defendant in the case, Denis Nikandrov.

Senior TFR accused that they for a bribe promised to reverse the charge, Andrew Kochanova — improvised crime boss Zakhary Kalashov (Shakro Young), who was arrested on charges of shooting outside Elements café in Moscow. The case involves Mikhail Maksimenko, Alexander Limonov and Denis Nikandrov. On 23 January it became known that the defendant was the head of the Department of the TFR in Moscow Alexander Drymanov.