Moscow. July 26. INTERFAX.RU — Former first Deputy head EMERCOM of Russia Sergey Shlyakov and three other defendants in the criminal case is accused of extortion of a sum equivalent to 50 million rubles for the employment of ex-Vice-the Governor of the Yaroslavl region. This was reported by “Interfax” an informed source. 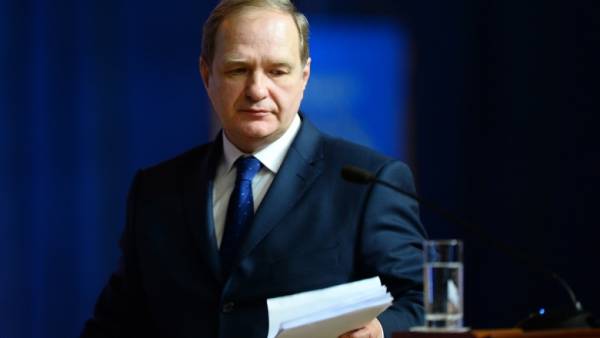 Earlier, a source reported that Shlyakov detained in Moscow on suspicion of fraud.

“Shlyakov detained in the suburban village of Bear Lake after searches at his house. Law enforcement officers found violations during the construction and procurement of equipment for the Ministry”, — said the Agency interlocutor.

In relation to the high school initiated a criminal case under article 159 of the criminal code (Fraud). If convicted, he faces a sentence of up to 10 years imprisonment.

Later, a source familiar with the situation, reported that “most likely, all questions — to what he did after retiring from the Ministry of emergency situations of the Russian Federation”.

Shlyakova lawyer Ruslan Koblev said that the issue of the arrest of his client will be considered the Tver court of Moscow on Thursday.

Colonel-General Sergei Shlyakov held the position of first Deputy head of the emergency from 1 August 2013 to 30 September 2015.