JOHANNESBURG, 26 Aug — RIA Novosti. Leaders of the BRICS countries at the summit in South Africa, adopted the Johannesburg Declaration. 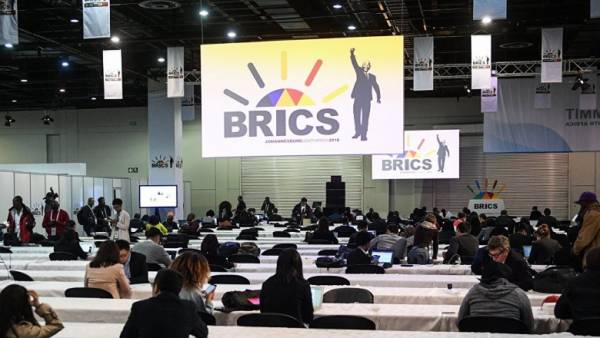 The motto of the summit is “BRICS and Africa: cooperation with developing countries to achieve inclusive growth in the era of the Fourth industrial revolution”.

As reported in the information materials by the tenth summit of the BRICS, as one of the priorities of its presidency in 2018, South Africans marked the establishment of the working group on peacekeeping issues. In Pretoria believe that the establishment of a permanent mechanism of the BRICS and the peacekeeping will help to bridge the gap between the BRICs members on these issues and will promote the development and joint promotion of coordinated positions on international markets, primarily in the UN.

In addition, the presidency of South Africa concentrates on the task of institutionalization, consolidation and improving the effectiveness of existing pooling mechanisms.

The main innovation of Pretoria — a proposal to build a five-sided cooperation on the use of the advantages of the “Fourth industrial revolution”, including with the aim of overcoming the digital and technological divide between developed and developing countries.