SK has completed the investigation of the case of Colonel Zakharchenko

MOSCOW, 25 Jul — RIA Novosti. The criminal investigation of the Colonel of the Ministry of internal Affairs of Dmitry Zakharchenko, accused of bribery and obstructing the preliminary investigation is completed, according to official representative SK the Russian Federation Svetlana Petrenko. 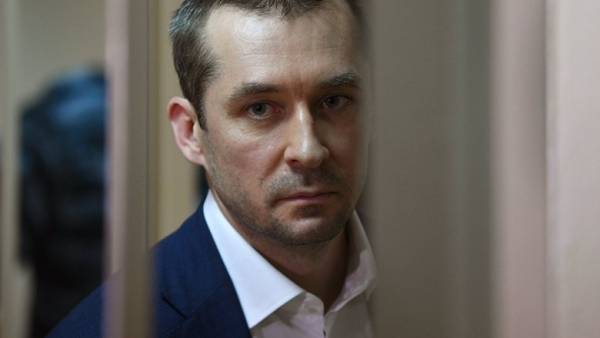 “Completed investigation of criminal case on three counts of crimes against the former Deputy head of the “T” Guebipk of the MIA of Russia Dmitry Zakharchenko. He is accused of receiving two bribes and obstruction of the preliminary investigation,” she said.

Colonel Zakharchenko, who oversaw the interior Ministry, the fight against crimes in the fuel and energy complex, was arrested on 9 September 2016. The huge attention the case received after the media became aware of the discovery to the sister of the Colonel of the warehouse with almost 9 billions of rubles in different currencies. The origin of the money of corruption could not explain.

According to the representative of the UK, in 2014, Zakharchenko and his accomplice, a law enforcement officer, for receiving a bribe initiated testing regulatory bodies of a number of companies belonging to the businessman involved in the supply of products and the restaurant business. The entrepreneur was forced to give Zakharchenko and his partner as a bribe of 800 thousand U.S. dollars.

She added that in 2015 Zakharchenko and his partner for the overall protection demanded from the same businessman a 50% discount card of a chain of restaurants, thanks to which Zakharchenko has saved more than three million rubles, the average bill for one visit of the institution amounted to 80 thousand rubles without discounts.