Eyewitnesses reported an explosion at the U.S. Embassy in Beijing

MOSCOW, 26 Aug — RIA Novosti. Eyewitnesses reported an explosion at the U.S. Embassy in Beijing, arrived at the scene the police. 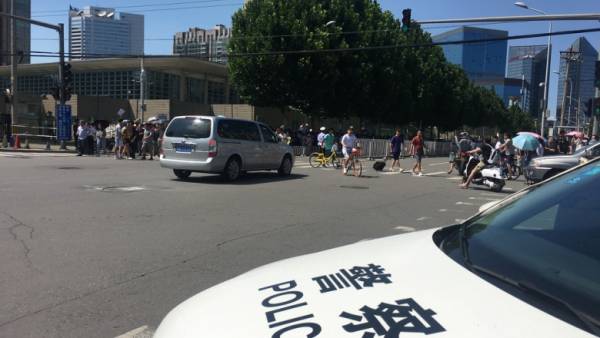 The photos and video you can see a large plume of smoke.

Police cars surround the area in the North-Eastern part of Beijing.

Global Times, citing eyewitnesses reported that near the scene of the incident, the police detained a woman who attempted to commit suicide. It is not clear whether this is due to the explosion at the Embassy.

None of the employees of the us diplomatic mission in the explosion were not injured, reports media.

At the U.S. Embassy in China, an explosion occurred. The place promptly cleared out, and now about the incident only reminded of blood stains on the pavement and broken glass. #Beijing #usembassy pic.twitter.com/RCOYakooNB