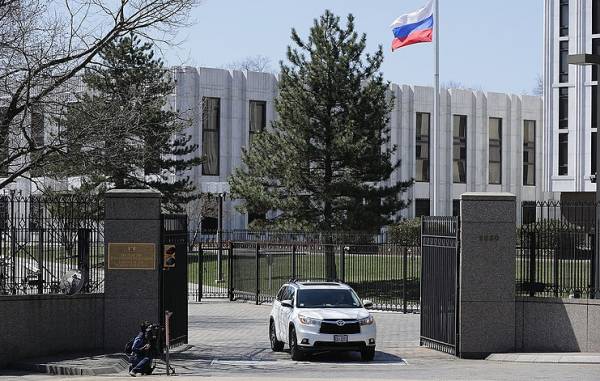 The Russian Embassy in Washington

WASHINGTON, July 26. /TASS/. United States, speaking on statements on the Crimea, just trying to handle international legal acts, which formed the basis of returning the Peninsula to Russia. This fact proves that the US are in the “other reality”. This is stated in posted on Facebook on Wednesday the comments of the Russian Embassy in the American capital in connection with a published, signed by Secretary of state Michael Pompeo Declaration in which the us administration declares the non-recognition of the reunification of Crimea and Russia. The document officially and publicly proclaimed policy of Washington the rejection of the return of the Peninsula to the Russian Federation.

“Declarations and statements on Crimea, the state Department performs a quarterly basis. Nothing new we have not heard. Was just making sure that the partners live in a different reality. They are trying to operate international legal instruments containing provisions on the right of peoples to self-determination, which formed the basis of the return of the Crimea to Russia in 2014”, – stated in the message.