The state Duma has expanded the state program for rare diseases. 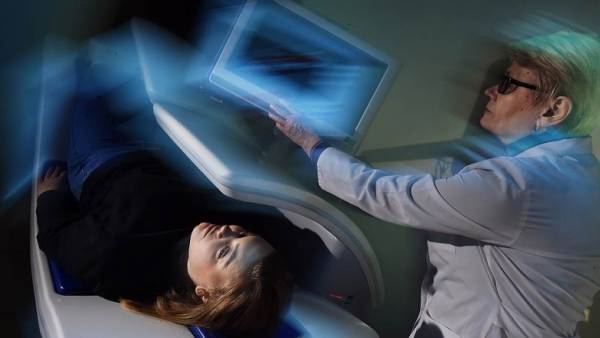 The state Duma approved in first reading a bill to expand the list of rare diseases, drugs for treatment which are procured from the Federal budget. From 2019 to the list of the state program “Seven nosologies” will be added another five diseases — funding should grow to 10 billion rubles., to 54 billion However, according to patient organizations, additional funds may not be enough — now the program in its present scope requires additional 6.7 billion rubles.

Yesterday the state Duma adopted in the first reading a bill expanding the list of orphan (rare) diseases whose treatment is funded at the Federal level. The project was developed in the Federation Council — the respective amendments to the law “About bases of health protection of citizens in Russian Federation”. As said, presenting the bill to the lower chamber, the head of the Federation Council Committee on social policy Valery Ryazan, in the state program “Seven nosologies” in 2019 it is proposed to include five new disease — hemolytic uremic syndrome, juvenile arthritis with systemic beginning and mucopolysaccharidosis (types I, II, VI).

Now the pharmaceutical provision of patients with such diagnoses occurs at the expense of regional budgets. Most of them, according to Mr. Ryazan, “are unable to fully perform its obligations under the provision of drugs due to their high cost”

(read more about the problems of people with rare diseases, see the special report “y” in the number for October 5, 2017). The procurement of drugs under the state program “Seven nosologies”, by contrast, are financed from the Federal budget. In 2018 the cost of the programme, which consists of seven rare diseases (in particular, hemophilia), provided in the amount of 43.6 billion rubles.

The cost of medical treatment added to the program diseases will amount to RUB 10 billion annually — as noted, “without regard to possible savings by 20-30% as a result of centralized procurement”.

According to the head of the Duma Committee on health Dmitry Morozov, for these funds the state plans to provide drugs for more than 2 thousand patients, including 1.5 million children.

“The main criterion for the selection of diseases was the presence of large numbers of patients-children and the prospect to significantly improve their condition with treatment,” — said the Deputy.

Note that, according to the Russian Union of patients, allocated funds may not be enough — this year the program will require additional 6.7 billion rubles, While the growth in the number of patients on average 8% per year, the deficit in 2019 will amount to 10.7 billion. (annual program budget in 2014 is not growing), in 2020 — 15.1 billion rubles And this is without considering the additional costs associated with the inclusion of five additional diseases, indicate the organization’s representatives in a letter to Deputy Prime Minister Tatiana Golikova (the document is in “Kommersant”).

As explained “Kommersant” the co-movement Yuri Zhulev, the main reason for the shortfall is the increase in the number of patients.

“This fact testifies to the effectiveness of the therapy and the program in General: now people with rare diseases live longer, they Mature and their need for drugs increases,” he says.