The prisoner died in the colony of Yekaterinburg

Moscow. July 25. INTERFAX.RU human rights Defenders appealed to the Prosecutor’s office in connection with the death of a prisoner in the IR-10 Ekaterinburg, have informed Agency “Interfax” the human rights activist Alexei Sokolov. 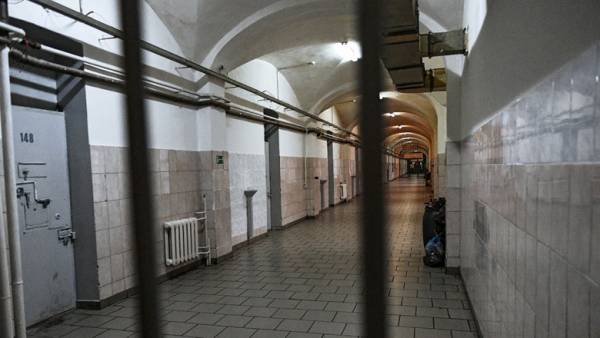 37-year-old inmate, according to the inmates, was planning a hunger strike.

“The colony administration has recognized the event of the death of the prisoner. It happened at the end of June. Provided the reference, according to which he died from heart failure,” said Sokolov.

The press service of the regional administration of the Russian Agency reported that the convict was serving a sentence under part 1 of article 30 of the criminal code (preparation for a crime and attempted crime) and part 4 of the article 228.1 of the criminal code (illegal manufacture, sale, or shipment of narcotic drugs). He was sentenced to six years imprisonment.

“June 30 at 5:10 the convict complained about the sharp deterioration of health, and was then taken on a stretcher to the medical unit of the institution (IC-10]) in an unconscious state, that is, it was not determined blood pressure. Were resuscitative measures”, — said the Agency interlocutor.

According to him, at 5:42 arrived cardiac ambulance to hospitalize a prisoner, but at 5:45 he passed away.

“Signs of violent death it isn’t revealed. Death of unknown etiology”, — said the representative of the press service of the Sverdlovsk GUFSIN.

The Ministry has denied the information that the prisoner was on hunger strike.

“This information is untrue. The refusal of food was not” — said the Agency interlocutor.

The press service of the regional Prosecutor’s office, the Agency reported that the appeal from human rights defenders have been reported, but the Department shall verify this fact.