Moscow. July 25. INTERFAX.RU — the court sentenced him to a fine of fifteen thousand rubles. 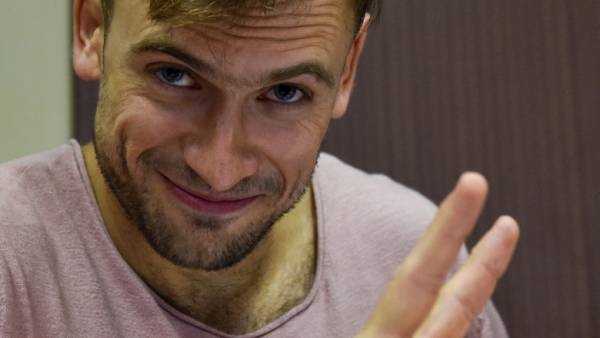 World court of Hamovnichesky area of Moscow has appointed an administrative fine of 1500 roubles to the participant of the punk band Pussy Riot during the final of the world Cup in Moscow, Peter Verzilova for illegal wearing police uniforms, the correspondent of “Interfax”.

“The court decided: to recognize Verzilova guilty of an offence under part 1 of article 17.12 of the administrative code (unlawful wearing of uniform), and to appoint to it punishment in the form of an administrative fine of fifteen thousand rubles”, — announced the decision of the judge of the world plot of 364 Khamovniki district Svetlana Shatrova.

Previously, the Moscow Khamovnichesky court ordered all four to 15 days of administrative arrest for “gross violation of rules of conduct spectators when conducting official sports competitions, if these actions do not contain penal act” (part 3 of article 20.31 of the administrative code).