Fedotov: the detainee was beaten Makarova in two colonies of the Yaroslavl region

VORONEZH, July 25. /TASS/ — According to the Chairman of the HRC, Evgeny Makarov in urgent need of assistance of a psychologist to stabilize the condition. 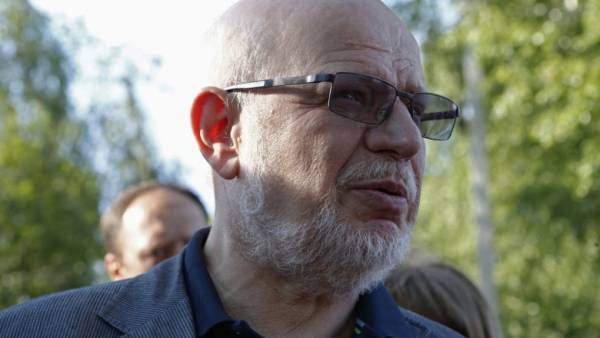 Detainee Evgeniya Makarova was beaten in two colonies located on the territory of Yaroslavl region. On Wednesday he told reporters the President of the Council under RF President on development of civil society and human rights (HRC) Mikhail Fedotov, who is with working visit in Voronezh region.

“Makarov has been beaten not only in colony No. 1. When he was transferred to colony No. 8 in December last year, he was again subjected to beatings in there,” said Fedotov, answering the question TASS correspondent.

The Chairman of the HRC noted that Makarov is in urgent need of help of a psychologist to stabilize the condition.

A psychological portrait of convicted Makarova quite favorable. He is a cheerful person, open, sensitive. Just had to find the key approach.Michael Fedoramedical of the Council under RF President on development of civil society and human rights (HRC)

He noted that all of the 138 violations of the internal regulations of the colony, recorded against Makarov, could prevent timely professional help.

Regional investigative Department on media reports about the beating of a prisoner Makarova in the Yaroslavl colony opened on 20 July criminal case about excess of powers of office. On 24 July, the criminal case was transferred to the Central office of the Investigative Committee of the Russian Federation on behalf of the head of Department Alexander Bastrykin. Makarov was convicted in 2012 under part 1 of article 111 (“Deliberate causing of heavy harm to health”). Now he is in the Yaroslavl colony No. 8, released in October of this year.