Trash in space: how to “vacuum” the Earth’s orbit

About the situation with the debris in orbit, the protection of him ISS and cleaning methods in material TASS. 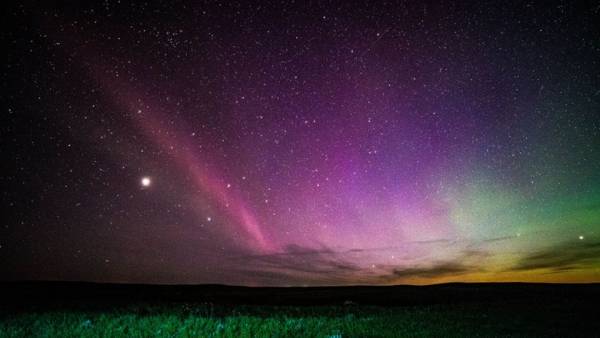 In near-earth space as a result of activities of space powers has accumulated a large amount of space debris. As a rule, it completed its mission and ceased active existence of the spacecraft (KA), upper stages of carrier rockets and boosters, fragments of space objects destroyed as a result of explosions and collisions.

How dangerous this state of Affairs, as protected from debris international space station (ISS) and how you can “clean up” in orbit, TASS was told at the Central research Institute of machine building (TsNIIMash).

According to the Institute, in near-earth space, especially in low orbit (up to 2000 km), is a huge amount of debris, including more than 23 000 useless objects larger than 5-10 cm are Also hundreds of thousands of pieces ranging from 1 to 10 cm, and hundreds of millions of particles ranging in size from 1 mm to 1 cm, and a number of smaller space debris billions.

However, even the smallest chip is extremely dangerous for operational satellites, as his average speed in earth orbit is approximately 7.5 km/s.

For comparison, fragments from the projectile exploded on the Ground, moving with the speed about 2 km/s. Thus, two-chip space debris has a higher energy than comparable-sized artillery ammunition.

Moreover, it is noted in TsNIIMash, in recent times these pieces become even more dangerous due to its increased strength.

In low orbit is the bulk of the observed cosmic stuff — more than 75%. Here, in the most clogged area is over 60% of all existing spacecraft. Space debris poses a serious danger, both for them and for manned spacecraft with people on Board — the spacecraft and the ISS. “Clash of the existing satellites with space debris can lead to their failure and even destruction,” — said the Institute.

What is protected by ISS

According to experts of the TsNIIMash conducted in the first quarter of 2018 calculations revealed 7306 threat approaches the ISS and other space vehicles with potentially dangerous space objects.

To protect the station from small high-speed particles of space debris and meteoroids using special screens. Punching a screen, a piece of debris is destroyed and transforms into a cloud of small fragments.

The resulting “dust” is much less harmful to the plating station modules than the initial particle impact.

At the same time the advent of steel debris requires significant adjustment protection technology, said the Institute. Protective screens will be able to “catch” and grind only those steel shards of the impact velocity which with the station is relatively small. “Currently, the Russian space Agency and NASA has accumulated extensive experience in the area of protection. However, changing the station, extending its operation and evolution of high-meteoroidal environment in near-earth space requires continuous monitoring of the security station,” — noted in the Institute.

A more effective method of protecting the ISS from debris — avoidance of collision.