The oil hole will find 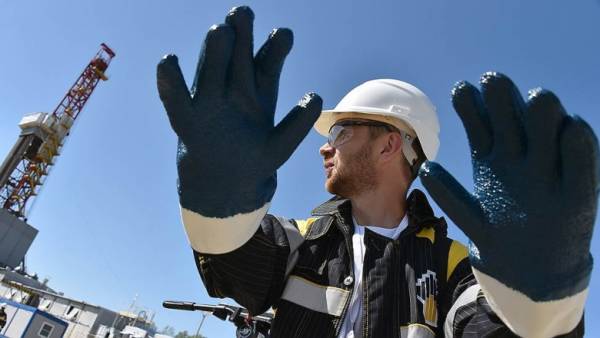 The largest judicial claims 89 billion rubles, which “Rosneft” has put forward to their partners-participants of the agreement on production section (SRP) under the project “Sakhalin-1” can be a means of pressure on foreigners in the negotiations on the possible loss of oil, according to lawyers. Disputes between oil companies about the flow of hydrocarbons from one area to another due to the complex Geology of the reservoirs are not uncommon in the world practice most often are settled without trial — as part of the negotiations on the basis of the revised calculations.

The arbitration court of Sakhalin region revealed in the record of judgments details of a lawsuit filed July 13 by Rosneft to the shareholders of the consortium of PSA project “Sakhalin-1”. The amount of the claim is 89 billion roubles, the defendants are the PSA operator Exxon Neftegaz (30% of the project owned by ExxonMobil), structures “Rosneft” “Sakhalinmorneftegaz-shelf” and “RN-Astra” (collectively 20%), Indian ONGC (20%) and Japanese Sodeco (30%). From the court it follows that, in the opinion of Rosneft in July 2015 to 31 may of this year shareholders “Sakhalin-1” “unjustly enriched” at the expense of the Russian state. The court has asked Rosneft to submit a copy of training agreements products of the Northern tip of Chayvo field on 18 September 2014, “referenced in item 9 a legally binding preliminary agreement to the agreement on the balancing in connection with protokami”. The first meeting is scheduled for September 10.

We are talking about the flow of hydrocarbons between the parts of the Chayvo field. The main part belongs to the consortium “Sakhalin-1”, but the Northern dome, known as the Northern Chaivo (reserves of 15 million tons of oil and 13 billion cubic meters of gas) — went directly to Rosneft in 2011.

Mining there began in 2014, using the infrastructure of the “Sakhalin-1”, but in 2017 fell sharply by 1.7 times compared to 2016, to 1.4 million tons. Exxon was also interested to invest in the Northern Chaivo, but in the end, “Rosneft” has decided to develop it yourself. Exxon denies the claim of “Rosneft”, the state-owned not comment on the situation.