MOSCOW, 23 Jul — RIA Novosti. Orbital Observatory “Hubble” has received photos of the galaxy NGC 6744 in the constellation of the Peacock, a kind of enlarged copies of the milky Way, where a newly exploded supernova rare. Her pictures were published on the website of the telescope. 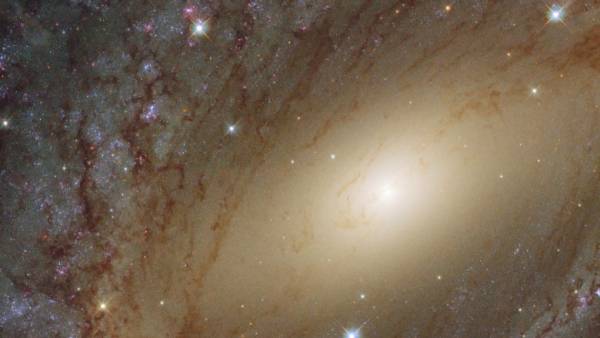 Supernovae erupt as a result of gravitational collapse of massive stars, when the heavy core of the star shrinks and creates a wave off the emitted light substance outer layers of the star into space. This produces a glowing gas of the nebula, which continues to expand for some time after the explosion.

Supernovae of the first type are formed in the explosion of a binary system of white dwarf and a more massive star, and more widespread outbreaks of the second type — the explosion of giant stars.

1.7 billion of stars: scientists have shown a 3D map of the milky Way (photo)

An intermediate position in between are so-called supernovae of type Ib and Ic. They are similar in properties and appearance supernovae of the first type, but they arise as a result of the explosion of the nucleus of the elderly stars who have thrown off all of the outer shell. Such cosmic disasters are considered more rare than the explosions of white dwarfs.

One of the first outbreaks of this kind was discovered in the galaxy NGC 6744 in 2005. This galaxy is very similar to the milky Way except that it is almost two times larger and contains considerably more stars.

Discovery of rare supernova inside of her confirmed the popular theory that such supernovae occur only in spiral galaxies, where there are frequent outbreaks of star formation, and never happen inside their elliptical “cousins”.