Without mom, dad and credits. The story of the rise of Jeff Bezos

MOSCOW, 21 Feb — RIA Novosti, Alexander Forest. Founder of Amazon Jeff Bezos named the richest man on the planet: Bloomberg has estimated that his wealth exceeded $ 150 billion. This one and a half times more than bill gates. What Bezos has earned so well, for what it’s like and what I hate — in the material RIA Novosti. 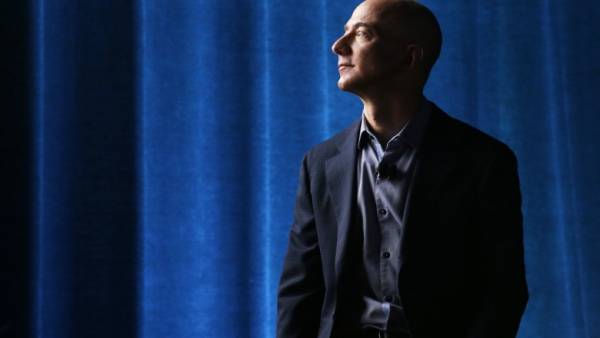 The main qualities of a successful entrepreneur is tenacity and the ability to take risks. Jeff Bezos is a vivid proof: for the sake of own business, he abandoned a career in the investment research company D. E. Shaw, where for four years risen to positions of Vice-President.

Knowing that in just a year the number of Internet users increased 23 times, Bezos decided to use this to their advantage. The business model was clear: to create a network platform where users will be able to quickly and easily order their products. It remained to decide what to trade. Helped wife: suggested to start with books.

Since, according to the idea of Bezos, the company needs to work throughout the United States, had to choose the place for registration of a legal entity. The fact that the law buyers have to pay tax if registered in the same state with seller. So the businessman chose Washington, where at that time lived only about seven million people. For comparison, the population of California then was 40 million.

Although Bezos has managed to attract several investors from the very beginning it is very economical to spend money.

The first office was equipped at home. Even Desk made himself — from a simple wooden door.

Now his company is worth 894 billion dollars, a staff of more than half a million people, but no interior frills, as in, say, Google, you are in the headquarters will not see. It is strictly prohibited. Corporate Parking Amazon employees pay out of pocket. And in some of the offices still standing on the tables made out of doors, as a reminder that you to save your money.

The main know-how Amazon is what we all have been accustomed to, — the purchase in one click. This means that after registration on the company website, the user does not need to specify a shipping address and credit card information. Subsequently, this technology was licensed by Apple for the AppStore.

After working for the whole trading chain in books, Bezos added range of Amazon movies and music. In the early 2000s a severe blow to the business caused Apple released the iPod, offering users to download music directly from the Network. Then books, movies and music accounted for about 75 per cent of the turnover of Amazon.

Jeff realized that sooner or later find a company that will take away from him, and selling books. And he’s not sitting idly by waiting for the hour “x”, and released to the market in 2007, e-book Kindle developed by Lab126 subsidiary. The first batch sold out in just five and a half hours.