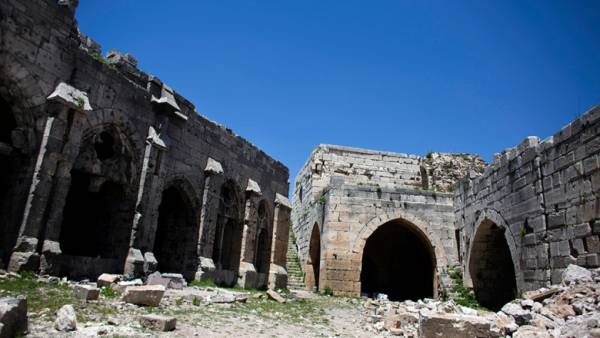 In 2012, on the territory of Syria outside the control of government forces, began working group of rescuers-volunteers. In 2014, they were United in a humanitarian organization “Syrian civil defense” (CDF), known under the name of “White helmets”.

According to the organization, in Syria in its ranks now consist of more than 3 thousand people, more than 200 died during rescue operations. On the website of the “White helmets”, volunteers managed to rescue about 115 thousand people, however, experts have suspected CDF of falsification of videos on the rescue of the victims.

In 2016, the White helmets got specproj Ministers of France and Germany, and in 2017 the award “Oscar” was awarded to the film about the organization. On the financing of the “White helmets” have informed the authorities of the USA, UK and Canada. On may 4 the US state Department announced the termination of funding, but on 14 June the programme of assistance “White helmets” was resumed. It is planned that the organization will receive from Washington for $6.6 million

The Syrian government believes that “White helmets” terrorist group. That organization helps the terrorists, have repeatedly said in Moscow. Russia also accuses the “White helmets” in the falsification of information and provocations, including hemorage.

For its part, the White helmets have repeatedly accused Moscow and Damascus in the attacks on humanitarian convoys and civilians, as well as the use of chemical weapons. In particular, in the city of Khan shaykhun (Idlib) 4 April 2017 and 7 April 2018 in the city of Duma in Eastern ghouta. Based on these statements, the U.S. has launched missile strikes against Syria, without waiting for the conclusion of the OPCW. The second time they were joined by Britain and France.

June 8 “White helmets” and the Syrian Observatory for human rights said that on the eve of the Russian air force launched an airstrike in the village of Zardana in Idlib province, which killed at least 44 people. The defense Ministry denied any involvement in air strikes.