The US President Donald trump called cheating scandal with alleged Russian interference in presidential elections in 2016. 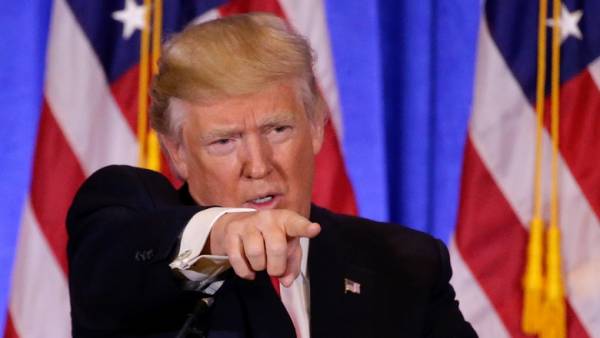 For the past week he has repeatedly emphasized agreement with the conclusions of us intelligence that Russia’s intervention took place.

“So, the President (Barack.— “B”) Obama knew about Russia before the elections. Why is it nothing did? Why didn’t he tell our campaign? Because it’s just a big swindle, that’s why, and because I was confident in the victory of dishonest Hillary (Clinton.— “B”)!” — he wrote in Twitter.

So President Obama knew about Russia before the Election. Why didn’t he do something about it? Why didn’t he tell our campaign? Because it is all a big hoax, that’s why, and Crooked he thought Hillary was going to win!!!

14 Jul Donald trump drew attention to the fact that the FBI had informed Barack Obama about alleged cyberattacks by Russia in September 2016, before the presidential election.

At a press conference following the meeting with Russian President Vladimir Putin in Helsinki on 23 July, Donald trump said that he sees no reason not to believe the words of the Russian President on non-interference in American elections. However, the next day after the summit, Mr trump told the words of the clause, stating that trusts the conclusions of us intelligence. Then, in an interview to CBS he stated the personal responsibility of Vladimir Putin over Russia’s intervention in the American elections.

The American media and many politicians criticized the President for his statement at the summit. However, despite the criticism faced by the President, his approval rating rose for the week. According to a recent poll by the Wall Street Journal and NBC News with the President satisfied with the 45% of Americans. This is the highest figure since the beginning of his presidential term.