“Repent every day.” How it changed America a scandal with Monica Lewinsky

July 23, 1973 in San Francisco, was born to Monica Lewinsky, the fates became one of the most famous women in American politics, even though the policy she has never been. 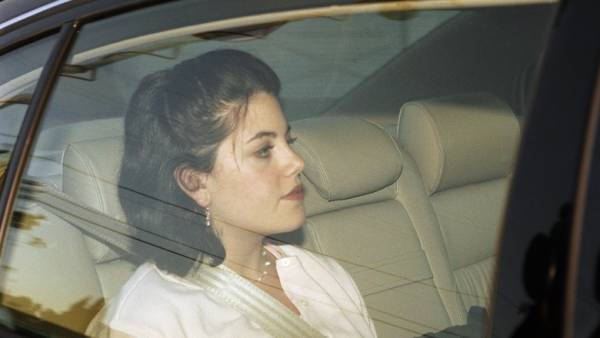 Her name is still remembered in connection with loud sexual scandal, which nearly had no led to the impeachment of the President of the United States. Aify tells how the story changed America.

In January of 1998 in the USA all eyes were glued to the lawsuit, which President bill Clinton submitted the employee of administration of Arkansas Paula Jones. She stated that in 1991 Clinton, as Governor of the state, molested her and offered to enter into a sexual relationship. It was supported by conservative human rights organizations close to the Republican party, but has been stalled due to lack of evidence. And now, when it is almost closed, on January 21, 1998, in the Washington Post published an article with a story about the intimate relationship of the President with his administration Intern Monica Lewinsky. The fire broke out with renewed vigor.

“The scandal of the century”

Monica was born in 1973 in San Francisco in the family of Dr. Bernard Lewinsky. The girl’s father made a good living and could afford to buy a house in posh Beverly hills neighborhood with movie stars, politicians, athletes and other celebrities. Thanks to the influential acquaintance mother girlfriend after College got an internship at the White house. There she worked for about one and a half years (November 1995 to March 1997), after which he was transferred to work in the Pentagon, the Department of public relations.

At the Pentagon, Lewinsky befriended 47-year-old Linda Tripp. At this point, all of America watched the Paula Jones case, and in one of the conversations Lewinsky confessed her friend that she had a sexual relationship with Clinton. All anything, but after this conversation, Tripp began to purposely ask a former Intern about his daughter with her history and record these conversations on tape.

Why Tripp did it, is unknown. She claimed to have acted out of Patriotic motives. An American newspaper later wrote that maybe she simply wanted revenge. In 1989 she got a job in the administration of President George H. W. Bush. But soon after the victory of Clinton in 1993, she was forced to go to work in the Pentagon: it has not developed relationships with the assistants to the new leader.

All recordings Tripp gave independent counsel Kenneth Starr. She also convinced Lewinsky not to dry cleaning dress, which she met with Clinton: it traces remaining after intimate contact of the President and the Intern. Starr, meanwhile, had transferred the recording of the conversations Tripp and Lewinsky to the press. Soon this story was huge in all the major Newspapers.