MOSCOW, 22 Jul — RIA Novosti. Next week in the UAE, in Abu Dhabi, scheduled to open the Warner Bros theme Park. World, in Poland there is a new extreme roller coaster, and in the Dominican Republic — the zipline. 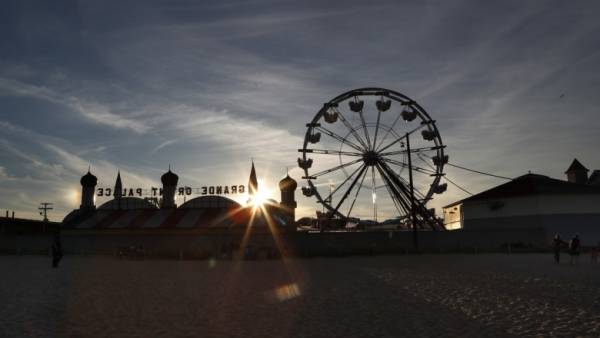 Wednesday, July 25, in the Emirate of Abu Dhabi, will open a new theme Park — Warner Bros. World. He will be one of the biggest indoor theme parks in the world. In the Park there are 29 modern thrilling slides, numerous interactive attractions for the whole family.

There can be seen a unique entertainment program, and meet with Batman, bugs Bunny, Superman, Scooby-Doo and other characters.

“Do you want to experience the excitement, I wish you fun and adventure? Fasten your seat belts, because Warner Bros. The World is going to open soon and will definitely give you an unforgettable experience!” — reports a press-service Visit Abu Dhabi Facebook.

In the Dominican Republic, in the Park Scape Park Xenotes Caribe, a new unique attraction — an adventure trip to zipline over waterfalls, caves and cenotes.

In Poland, according to Polish tourist organisation, has opened a “Hyperion” — “the highest and fastest ride in Europe.”

During the download an error has occurred.The height of the structure is 77 metres, length of fall on the first descent — 80 meters, it ends with the entrance to a huge tunnel.the press service of the tourist organization

“The speed which develops the trailers, more than valid on Polish roads, namely 142 kilometers per hour.” Throughout the rest of the track rolling around waiting for the effects of weightlessness, double twists, and stunning speed. As the creators of the route, the station, the Hyperion was designed on the principle of space science.