The US state Department: Pompeo and Lavrov discussed the violations in Syria

The head of the press service of the U.S. Department of state Heather Nauert in his Twitter has published a document after a telephone conversation of US Secretary of state Mike Pompeo with the Minister of foreign Affairs Sergey Lavrov. 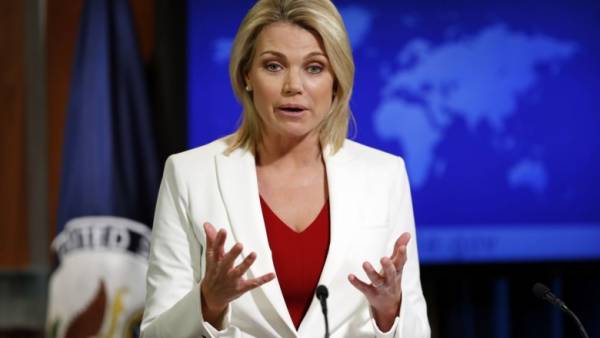 The report said that during the conversation were discussed, including the fact that Russia violates its commitments in the South-West of Syria.

The sides also discussed ideas on the coordination of the fight against terrorism and the common objective of building a dialogue between entrepreneurs in the two countries, the document says.

The conversation Pompeo and Lavrov took place yesterday. This was reported by the Russian foreign Ministry.

On July 21, @SecPompeo spoke with #Russia’s Foreign Minister Lavrov. They discussed the #Helsinki Summit, Russia’s violation of its commitment in southwest #Syria, how to implement ideas on #counterterrorism coordination process and more. https://t.co/BCChRbFP6M pic.twitter.com/8xfu5M5y7D