Israel evacuated from Syria of members of the “White helmets”

TEL AVIV, 22 Jul — RIA Novosti. Israel evacuated from Syria activists of the “White helmets” together with their families, reported the press Secretary of the local foreign Ministry, Emmanuel Nahshon. 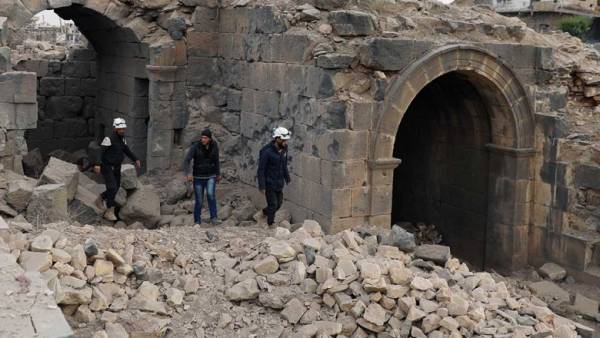 “At the request of the US, Canada and European countries, Israel completed a humanitarian operation to rescue members of the Syrian civil organizations (White helmets) and their families,” Nachshon wrote in the microblog Twitter.

“They were evacuated from the combat zone in southern Syria to a neighboring country”, — he added.

Bordering Israel to the South of the country gradually came under the control of government troops who force and negotiations being squeezed out to the opposition groups. Local media reports that during night operations, approximately 800 people were transported through Israel to Jordan.

Organization “White helmets” received wide acclaim and support from Western governments through the videos on the Internet on which people in the typical uniform to save the children from the rubble.

However, in parallel, appeared the video, which shows how the same White helmets create a staged video, applying the makeup “victims”, dictating what they have to say. Moreover, the Syrian journalists showed a number of materials on which the “rescuers” were captured with weapons and in uniform.