The security service checked out trump presented to Putin the ball

MOSCOW, 21 Feb — RIA Novosti. US secret service checked a soccer ball, a gift from the President of the United States Donald Trump Russian leader Vladimir Putin during the summit in Helsinki, writes AP. 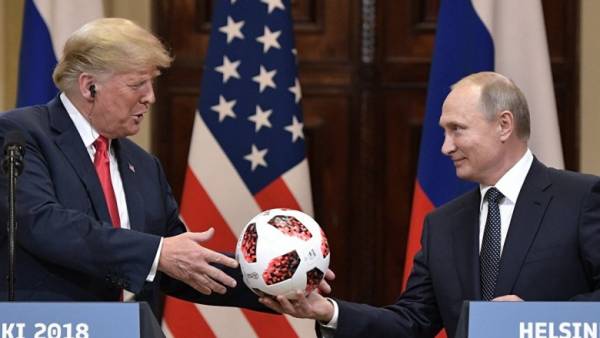 Representatives of the security service of trump noted that all the President gifts to the test. According to the head of National intelligence Daniel Coates, “the ball was investigated very carefully”.

Putin and trump met in Helsinki on 16 July. The presidents discussed the prospects of bilateral relations and topical international issues.

During a joint press conference after the issue of the situation in Syria, the Russian President gave Trump ball in a sign that the initiative of the Syrian settlement is on the US side. The American leader gave the gift to the wife Melani, saying that he will go to his son Baron.

See also:
Putin made a pass to Qatar and received a t-shirt of the national team of Croatia