Us media said the Russian arms, in front of which NATO is “defenseless”

MOSCOW, 19 Jul — RIA Novosti. The American edition Military Watch compare operational-tactical missile complex Iskander with the capabilities of a missile defense system of NATO in Europe and came to the conclusion that the Alliance has nothing to oppose Russian weapons. 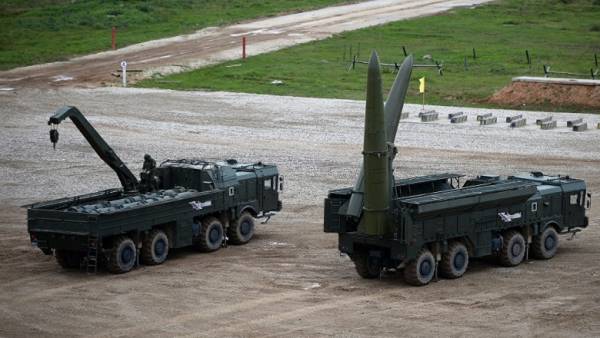 “Taking into account the experience of combat use of system “Patriot”, they are unlikely to be able to intercept the “Iskander”, so NATO will remain virtually defenseless before the Russian complex,” noted the authors.

They support this conclusion by the recent results of the application of systems “Patriot” in Yemen, when us complex turned out to be ineffective against extreme R-17 used by the Houthis. R-17 (Scud B in NATO classification. — Approx. ed.) was adopted in 1962 and, as the authors note, appear to be weapons much more primitive than the “Iskander”.

The article also notes that the adoption of the PTRC “Iskander” in weapons has caused concern among European allies. Swedish military leadership was concerned that due to these complexes the Russian troops can quickly destroy military facilities and airports all across the country that will provide them an advantage in the event of a conflict. The authors point out that the deployment of “Iskander” in the West of Russia allows them to reach almost any place in Northern Europe.