Ukraine wanted to mine the sea of Azov

To prevent the loss of Ukraine from the Russian warships, and to protect the country from potential Russian landing troops will allow laid along the sea of Azov explosive and unbreakable fences. About this on “Hromadske radio”, said the former commander of the Navy Ukraine Vice-Admiral Sergei Gayduk. 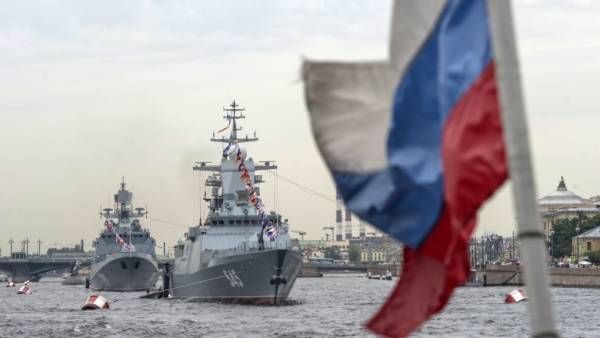 According to him, the Ukrainian civil court has not blown up on such obstacles, they should be held in military-controlled lanes in the composition of the caravans. The Admiral also believes that the military should conduct exercises on the Azov sea coast of Ukraine, to learn to resist the landing of the Russian troops.

Earlier, a spokesman for the State border service of Ukraine, Colonel Oleg Slobodyan reported that the Ukrainian border guards in the sea of Azov lacks the resources and technology to counter Russia. However, he noted, at the headquarters of the United forces of Ukraine is preparing a uniform response to all possible actions of Russia.

Deputy Minister of defence of Ukraine Admiral Igor kabanenko, on 28 June, said that Kiev should prepare for the worst scenarios in the sea of Azov. He called naval exercises black sea fleet of Russia close to the Ukrainian coast of the “hybrid threat of invasion from the sea”.